Bacchanalia traditionally refers to a Roman festival celebrating the god of the grape harvest, Bacchus (also known as Dionysus). Today, the term is usually applied to “drunken revelry”… and that’s my favourite style of reveling!  Each year, countless wineries get together at the Penticton Lakeside Resort for an event of epic proportions and this year, Mrs. Sip and I were in attendance. Let’s see how things shook out for us in the Okanagan region! 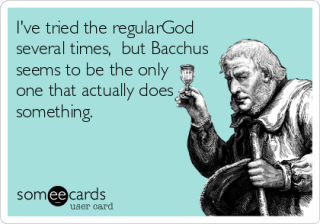 Following our trek to Penticton, we settled in with a meal at the resort’s Hooded Merganser restaurant. While the ladies enjoyed cocktails, followed by wine, I got to try the Stanley Park seasonal beer, SunSetter (summer wheat ale), which was so good, I ordered a second.

After dinner, we were off to Bad Tattoo Brewing for a beer flight nightcap. The five selections we were offered were each good and I particularly liked their Los Muertos Cerveza Negra (which you don’t see too often around these parts) and their Full Sleeve Strong Stout (which I grabbed a bomber of for the road). They also do something neat with their Berliner Weise, where they combine it with a squirt of a flavoured syrup of your choice, including green apple, peach, and raspberry. We, of course, tried all three!

The next morning, we hit the town’s farmer’s market, which shuts down a number of streets to allow for stalls selling fruits, vegetables, crafts, plants, and most importantly, beer and wine. We grabbed a few bottles of vino as we perused the bazaar and also stopped at the Tin Whistle Brewing tent for a tasting. Here, I bought bottles of their Scorpion Double IPA, Peach Cream Ale, and Chocolate Cherry Porter, before we were off in search of wineries. 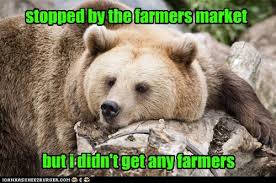 Our afternoon included stops for tasting at Misconduct, Pentage, and Perseus Wineries, where the beautiful landscapes were matched by the delicious red, white, and rose wines we were getting to enjoy. The collection of bottles kept growing, but that’s just a sign that you’re having a great time!

The main event of the weekend was of course Bacchanalia 2015, which featured countless wineries, surrounding a feast of nibblies. I have to admit that by this point, I was suffering from some wine palette fatigue and a lot of stuff I was sampling was starting to taste the same. The food at the event was good, but I also seemed to tire of eating and noticed that many items would quickly run out while others were hard to find, sometimes located at one of the serving areas, but not all. A constant loop of the food tables sometimes unearthed hidden gems like sausage rolls and meatballs.

Following Bacchanalia, most of our group was still up for hitting The Barking Parrot Bar in our hotel, to wrap up the evening. Here, I enjoyed the Naramata Nut Brown beer, by Cannery Brewing, which was a welcome change from wine and a very fine beverage. 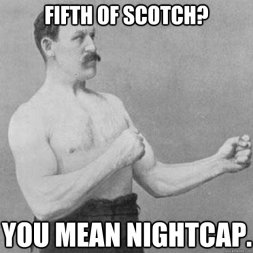 On Sunday, we packed up and hit the road, making a pit stop at 8th Generation Winery, where Mrs. Sip became a member. She, along with other members of the Sip Family, are big fans of their wines and bubblies, so why not get shipped a few cases each year for glorious consumption.

Out last stop before making the long journey home was to the BC Wine Studio, where Cousin Sip had secured us a personal invite at the farmer’s market the day before. Here, we were treated to an intimate experience of tasting new wines fresh from the barrel, learning about their production process, and even getting to provide notes on grape mixes and products that have yet to hit the market.

The end result of the weekend was 15 bottles of wine, four bombers of beer, and a host of new experiences and memories. All was well with the world, until we arrived home and found our condo had suffered a sink flood while we were away. This has put the Sip Advisor a little out of commission, as my booze collection had to be packed up temporarily. We will forge forward, though and do our best to bring you the best liquor coverage possible.