On the Road Again

With the summer rapidly approaching, families are likely making plans for road trips, vacations, and other forms of long distance travel. After reading this list and viewing the media listed, you may want to reconsider. Here are the Top 5 road trip movies, which never go according to plan!

Can road trips still occur in a post-apocalyptic, zombie-infested world? Zombieland proves they can, as our four heroes – identified only by the city which they hail from – try to survive together and decide the safest place for them to be is Pacific Playland in Los Angeles – after all, there might be Twinkies there! When they arrive, through a mine field of the undead, they discover there really is no safe place left in the world, except maybe with each other.

Neal Page is having a bad day… and it’s about to get a lot worse. While trying to get home for Thanksgiving, his simple flight from New York to Chicago is transformed into a three-day nightmare, with an unwelcome companion, Del Griffith, along for the journey. One thing after another goes wrong, usually caused by the affable Griffith. In the end, the two men share the holiday together and a new appreciation for what they have.

#3: Beavis and Butt-head Do America

Despite Mrs. Sip’s refusal to watch this film, it’s a great movie that everyone should watch at least once. Heck, Roger Ebert and Gene Siskel actually gave the flick two thumbs up. The story sees our favourite teenage delinquents trek across the country, in search of their missing TV, while also getting unwittingly entangled in a murder-for-hire plot. Everything comes to a head in Washington, D.C., with the White House as a backdrop and the ATF’s intervention. 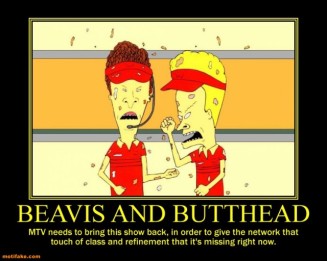 This sleeper hit sees the dysfunctional Hoover family set out for the Little Miss Sunshine beauty pageant, which daughter Olive has lucked her way into. Along for the ride are Olive’s parents (currently going through some marital issues), moody brother, suicidal uncle, and drug-abusing grandfather. That sounds like a hell of a car load to the Sip Advisor! Best of all, the troupe is making the journey in a rundown VW Microbus, which makes for some not-so-comfortable family bonding.

Starring an ensemble cast that included legends such as Milton Berle, Sid Caesar, Buddy Hackett, Mickey Rooney, and Jonathan Winters, this film sees a number of travelers race to uncover $350,000 buried in the Santa Rosita Beach State Park. The movie Rat Race was a remake of sorts to the original, if you’re hoping to watch a more contemporary version of the story. There was also a great parody of the concept in an episode of The Simpsons. The things people do for money!

The best part about these movies is that they remind you of your own travel experiences (albeit probably not as eventful). For example, the film EuroTrip allows Mrs. Sip and me to reminisce about our Contiki tour around the continent, while National Lampoon’s Vacation makes me look back fondly on road trips across the U.S. with family. Lastly, Almost Famous inspires foggy memories of that time I toured North America with my bluegrass band… okay, I might have made that one up.