While both Limes and Lemons were used to fight scurvy, I’ve always been partial to the little green guys. Let’s debate the benefits and cultural impact of Limes vs. Lemons and see if the Sip Advisor is justified in his love!

Limes have more than double the Vitamin A of a lemon, but lemons come in with close to double the Vitamin C of a lime. I guess that makes the whole thing a wash, but that’s okay, I don’t really like getting into the whole nutrient argument too much. Let’s just say that the two zesty fruits are actually both considered incredibly healthy. Winner: Draw

Frankly, I enjoy my pies in the form of fruits like cherry or blueberry, but we must debate the merits of Key Lime Pie vs. Lemon Meringue Pie, despite their many similarities. Key Lime Pie is the state pie (Seriously!? They have these!) of Florida and there was even legislation introduced in 1965 – although it did not pass – that would have seen a $100 fine levied against anyone that advertised Key Lime Pie, not made with Key limes. Lemon Meringue simply does not have the same backing. Winner: Limes

This category is pretty easy to decide. While limeade/lime cordial goes good with some cocktails, I don’t think many people drink it on its own. The same can’t be said for lemonade which is universally enjoyed and is part of the way of life in places like the southern United States, where sitting on your back porch with glass of tall, ice cold lemonade on a hot summer’s day just seems so natural. Winner: Lemons

With an array of options that include the Margarita, Gin & Tonic, Gimlet, Rickey, and many others, Limes easily pull out to a quick lead. And you simply can’t drink a Corona without a lime wedge stuffed inside the bottle. Lemons do produce Limoncello, Lemon Drop Schnapps and a lemon wedge goes quite nicely with most wheat beers, but because an orange wedge always trumps that, I will instead deduct points. Winner: Limes

My favourite band of all-time, Led Zeppelin, has The Lemon Song and even the enigmatic Meatloaf had the track Life is a Lemon. There’s also a group called The Lemons, as well as Blind Lemon (a play on Blind Melon), which calls itself “the UK’s hardest hitting covers band”. All limes really bring to the table is, of all things, the Coconut song. You need to put the lime in the coconut or else you won’t feel better… what a silly woman! Winner: Lemons

This is another quick steal for lemons, who offer Tina Fey’s Liz Lemon, from 30 Rock, as well as Lemony Snicket and Honey Lemon from Big Hero 6. The limes counter with Harry Lime, a character played by Orson Welles, in the film noir The Third Man (which was the most popular movie at the British box office in 1949) and a Dragon Ball Z character simply known as Lime, whose Wikipedia entry even calls him a filler character. Winner: Lemons 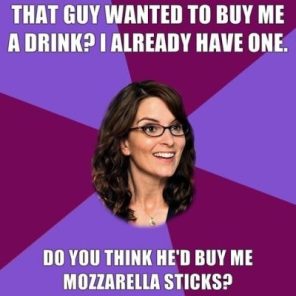 In India, limes are used to remove evil spirits, as part of the Tantra ritual. They also play a role in repelling the dreaded evil eye and are often worn as charms. Lemons on the other hand, are offered to the goddesses of Hindu temples, to cool them down from their fierce fighting style, so that they may offer blessings. I feel that anything that protects you in India is a good thing, while lemons in this case, are simply a bribe. Winner: Limes

Lime has its own stone, although I’m not sure that has even the slightest bit to do with the fruit and looking up something like that might make me sleepy. There’s also Lyme Disease, which probably has even less to do with the fruit, but just by association, it doesn’t sound very good. Lastly, Limey is a slang term for British folk, likely derived from navy sailors and the whole scurvy thing. The only questionable thing I can think of for lemons, is that ‘squeezing lemons’ is a term for peeing. With all these negative aspects, is there really a winner? Winner: Double Disqualification 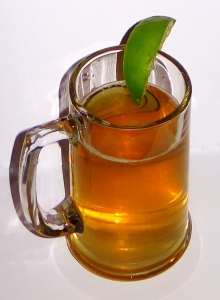 I’m sticking with my original pick of limes, but lemons sure made the decision a tough one. One thing is certain, limes and lemons come together quite nicely in Sweet & Sour Mix and perhaps we should just leave it at that!

Sip Advisor Bar Notes (3 Sips out of 5):
This drink wasn’t bad, but it turned more into a sweet beer, with a little bite. Given the rum’s name, I guess that’s exactly what they were going for. I wonder if I would have felt any different if the Lemon-Lime Soda wasn’t involved, as I’m not sure mixing pop and beer is ever a good thing.