While most of the world knows of the big ball dropping in New York’s Times Square, every New Year’s Eve, other places have their own tradition… and some of them are quite wacky. Let’s take a look at the oddest items that are used to help ring in the New Year!

According to legend, the city of Show Low earned its name when two men who hated each other decided to draw cards to see who had to leave the town (not the most riveting loser leaves matches ever devised) with one stating “If you show low, you win!” The winner drew a 2 of Clubs, thus spawning a city’s moniker, as well as the object they drop December 31st at midnight.

It’s no surprise that the people of Wisconsin are big into cheese. Hell, they wear wedges on their heads to football games and take no offense in someone calling them “cheeseheads”. On New Year’s Eve, the fine folks of Plymouth take things to a whole new level (literally!) as they drop an 80-pound decorated cheese wedge from 100-feet in a salute to the dairy industry. Mrs. Sip will be there one year, with crackers and carving knife in hand!

Pennsylvania is home to the most item drops across the United States and this is the oddest item among them, a 12-foot long, 150-pound slab of bologna. It’s all for a good cause, however, as the bologna is given to local food banks and animal shelters, following the event. If you could somehow combine the cheese in Wisconsin with the bologna is Pennsylvania, you’d have a nice charcuterie plate in the making. 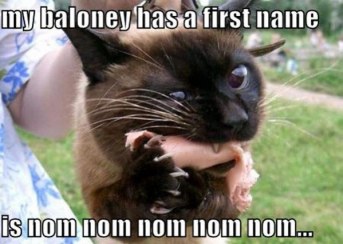 This one doesn’t sound so crazy until you realize that they use a live possum, put inside a Plexiglas pyramid. Held at the Clay’s Corner convenience store, the possum is carefully lowered before being fed and released. The event has drawn the ire of PETA and other animal rights activists, but locals love it and the store owners get all the proper permits. A similar event takes place in Tallapoosa, Georgia, although using a stuffed possum. Or, perhaps, the possum has just been playing dead all along!

I know what you’re probably thinking: What’s so odd about a ruby slipper being dropped? Did I mention that there’s a drag queen named Sushi (played by Gary Marion) in that stiletto? This event takes place at the 801 Bourbon Street Pub, while other Key West bars have their own drops, including a conch shell and a pirate wench, which sounds a little more up the Sip Advisor’s alley! 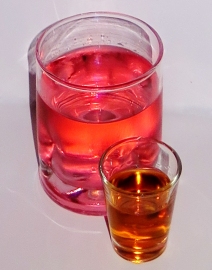 In addition to the weirder items, all sorts of fruits are dropped across the U.S., including oranges, apples, peaches, watermelon balls, cherries, strawberries, huckleberries, pears, and grapes. What will they think of next!?

Sip Advisor Bar Notes (3 Sips out of 5):
Given our subject is about things dropping and it’s Super Saturday Shot Day, why not do a drop shot… and no, I’m not talking about the tennis variety! Coincidentally, there’s a drop shot called Ruby Slipper, going perfectly with this article’s chart topper. I’m okay with drop shots, but find them a little messy. This one tastes pretty good and the colours are neat, so it gets my recommendation.