Last year, we opened the doors to the Sip Advisor Hall of Fame, inducting five spirits, one entry into the beer and wine wing, and one mixer, as well. It was a festive evening, although nobody really remembers much about it! Without further ado, here is the class of 2014! 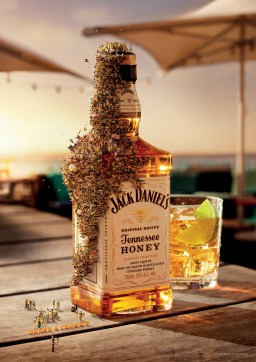 Although I’m a big fan of gin, this is the first alcohol of that genre to enter the hallowed halls of the Sip Advisor Hall of Fame and it was a tough choice. After a close race between Tanqueray and a competitor brand, the nod went to Tanqueray thanks in large part to the Rangpur variety that I have enjoyed so much, since picking up earlier this year. It has leap-frogged all other options in the phylum to find its place amongst so many other fine spirits.

I’m sad to say that Appleton Rum is currently not part of the Sip Advisor liquor colletion after being a mainstay for years. After using and finishing it for Jamaica week, I have yet to replace it and Appleton has become a casualty of having to pick up other rums for the Around the World project, instead. That doesn’t mean that the fondness has faded, however, and it won’t be long before the shelves are stocked again with this fine rum.

Like gin, vodka was absent from the inaugural Sip Advisor Hall of Fame class, an act that must be remedied. Also like gin, it came down to a very difficult decision between a few companies, but in the end, it was inspirational flavours that won the day. Absolut has all the usual suspects available for consumption, but advancements such as their fine City Series, and mixing of interesting flavours has pushed Absolut ahead of its contemporaries and into the hall. 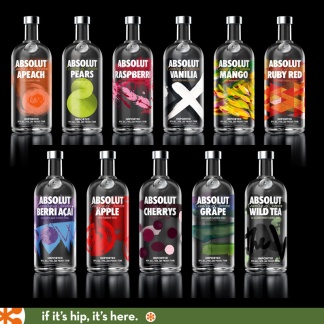 Rounding out the spirit entrants into the Hall of Fame is Peppermint Schnapps, which is great on its own as a shooter, or combined with hot chocolate and a few other drinks. Around Christmas, there are so many events that are favourable to Peppermint Schnapps-spiked beverages. It’s no wonder that mint is often on the Sip Advisor’s breath and emanating from Sip family mugs and thermoses.

Wine gets the nod over beer this year in the category they share. Mrs. Sip and I have enjoyed many lazy Sundays with a bottle of this Argentinian red. I even used it for this year’s Around the World project, when the Sip Advisor visited Argentina. This wine is perfect great evenings with a loved one, relaxing and boozing (the two things the Sip Advisor does better than perhaps anyone else). I like adding a little ice to my wines (even reds), which I hope you little sippers won’t hold against me.

In the mixer wing, Dr. Pepper joins Pepsi, perfectly depicting the evolution of the Sip Advisor’s drinking habits. When I’m looking for an easy-to-make well drink, I’ll often toss in anything from the aforementioned Honey Whiskey to Sailor Jerry’s Spiced Rum (part of last year’s HoF class) and top whatever spirit I’ve chosen with Dr. Pepper. The flavours are more intense with this soda than others available, making for a crisp, tasty, and effervescent experience.

It’s so nice to see everyone all decked out in their finest threads. We sure make a great looking group. I wonder which spirits will finally hear their names called next year for enshrinement… only time will tell!

Sip Advisor Bar Notes (3.5 Sips out of 5):
As we did last year, with the Dirty Martini, we’re pulling out a very classic recipe for our annual Hall of Fame article. This edition gets the Burnt Martini, which combines two of my favourite alcohol varieties in Gin and Scotch. It was a nice drink, but certainly strong. The smoky flavour of the Scotch at the end of each sip was quite enjoyable.