Shop Til You Drop

Traversing the Grand Bazaar in Istanbul, Turkey can be a daunting task. The Sip Advisor, never one to leave anybody behind, will make sure we all get through unscathed, much like I did for Mrs. Sip in the markets of Egypt… except for that one guy who copped a feel of Mrs. Sip’s beautiful behind when I stopped paying attention, frustrated over the haggling between shopkeeper and customer. Let’s cautiously explore together!

There are also Grand Bazaars in Isfahan, Iran; Tehran, Iran; Urumqi, Xinjiang, China; and Tabriz, Iran. The Istanbul version is the oldest and one of the largest covered markets in the world. It spans 61 streets (each is dedicated to a particular profession) and houses over 3,000 stores. Anywhere between 250,000 to 400,000 people will visit the site each day. The Bazaar is open Monday through Saturday, 9:00am to 7:00pm, and entrance is free. Along with Sundays, the market is closed during religious holidays. The facility employs a colossal 26,000 people. Competition from modern day malls does exist, but the Bazaar has history on its side.

Dealing with the high-pressure salespeople at the market can be a bit of a pain and the haggling system is something that thrills some and perplexes others. The Sip Advisor falls into the puzzled category, preferring marked prices over the mystery of bartering. If you want nothing to do with the dealing, simply walk by and say, “No thanks.” This usually works, except for the occasional loser who physically tries to get your attention and then it’s time for the Sip Advisor to “Hulk up” and throw a couple patented flying forearms.

A restoration of the Bazaar began in 2012 to solve many of the issues plaguing the market. Most notably, the lack of restrooms (I guess you could just pee wherever you like before) and repairing the infrastructure to combat the risk of any future earthquakes. Updates to the facility’s heating and lighting systems are also being carried out.

Construction for what would become the Grand Bazaar began in 1455-56, at the behest of Sultan Mehmet II, and lasted until 1460-61. This building, dedicated to the trading of textiles was soon joined by another building, constructed under Sultan Suleyman I. The textile market was moved to this new structure while luxury goods occupied the older building. The space between and around the edifices was quickly inhabited by other shops, creating a larger market scene. By the 17th century, the Bazaar had taken full shape and become the hub of Mediterranean trade thanks to the quantity, quality, and variety of goods that could be found there.

Fires, earthquakes, and other disasters afflicted the Bazaar over time. There were at least a dozen fires between 1515 and 1701, many of which caused great damage to the shops and structures. The expansion of the 19th century textile industry into western Europe and advancements in production methods took a major toll on the Grand Bazaar, which saw rental prices fall sharply compared to previous decades. Perhaps the Sip Advisor should set up shop in the place and regale customers with my tales of boozery!

The market has also seen its fair share of corruption. The most notable case took place in 1591 when 30,000 gold coins were stolen. The Grand Bazaar was shut down for two weeks while suspects (and likely completely innocent folks) were tortured by the forces tasked with solving the crime. The missing coins were found under some flooring and a young Persian musk dealer was to blame. He was hanged for his transgression, although Sultan Murad III saved him from being tortured to death. 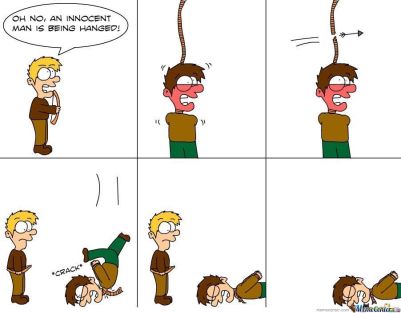 While the Bazaar is now sectioned off into separate “stores”, it used to be that sellers each had their own stall, six to eight feet wide. There was no advertising by shopkeepers (even store names were not displayed) and a buyer could sit down with a vendor over Turkish coffee and come to an agreement in a relaxed conversation. Herbs and spices, crystal, jewellery, silk goods, sandals, armour and weapons, and books are among the items you might be able to find at the Bazaar.  Thankfully, I don’t need any of those.

The market used to operate in a guild system and because of this and the ethics of Islam, business operators didn’t compete as they do today. Prices were fixed to a standard number and success was shared among the union. Western influences changed that, as did other nationalities entering the Bazaar world to sell their wares. There was also a lack of restaurants in the market back in the day. You could still find simple items such as kebabs, but most workers brought their lunch from home. The Bazaar was a place for social gatherings among Turks, much like punk kids meet at the mall today to stare at their smartphones.

Nowadays, I only go to the mall to enjoy a cold beer. I don’t think that would be happening in Turkey, so might as well stay here and enjoy my own stock!

I’m not big on shopping in general, but these market set-ups really take the cake. How do all you little sippers feel about them? Love’em? Hate’em? Just plain don’t care? Let me know. I’m glad we all made it through the Bazaar and only a handful of you lost your spouses or fortunes. Next up, we try Turkey’s traditional national sport: oiled wrestling. Yup, you read that right!

Sip Advisor Bar Notes (3.5 Sips out of 5):
I altered the ingredients slightly, using Sparkling Orange Juice, rather than plain old OJ and Apple-Lime Juice, instead of regular AJ. The result was pretty good for this booze heavy cocktail and the only ingredient I worried about, the Raki, fit in just right.