Much like Bill Cosby has been the face of Jell-O in the past, many celebrities have lent their name and likeness to liquor products. Even 90’s boy band Hanson has been linked to a beer called MmmHop… while that seems totally ridonkulous, here are some legit spirit-celebrity relationships: 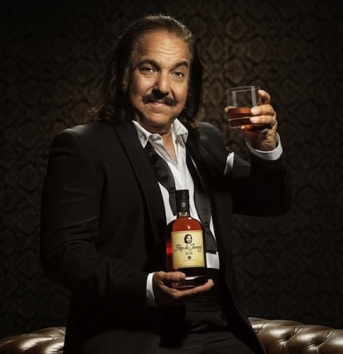 You’d expect the likes of George Lucas and Steven Spielberg to support this Vodka, but instead you get funnyman Dan Aykroyd being responsible. My buddy got a bottle of this spirit for his 30th birthday and we have yet to crack it open… shame on us!

It’s a very interesting choice for a celebrity to lend their talents to an Absinthe creation, but nothing Marilyn Manson does in the world of business and entertainment could be considered normal. This Absinthe blend does in fact contain the hallucinogenic wormwood, which has me very intrigued.

Unfortunately, The Donald’s alcohol endeavor is no more, as “the company failed to meet the threshold requirements”… whatever that means. When the liquor was released, Trump was so sure of its success that he gloated the Trump and Tonic and Trump Martini would be the next big things to hit the mixology world. 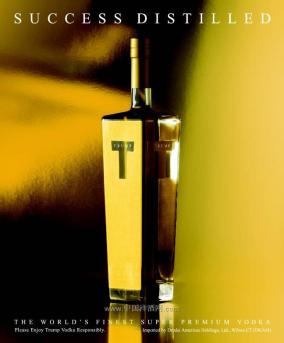 Why Limoncello? Why not!? It goes along with DeVito’s Italian heritage, I suppose. I kind of wish DeVito had resurrected his Louie De Palma character from Taxi and released some filthy sewer water concoction, just looking to make a quick buck in this scheme.

As if George Clooney needs another thing that makes him look cool, suave, and sophisticated! This Tequila has a ton of hype built up around it, largely because of Clooney’s association with the brand. It has quickly shot up my list as a must-try. Warning: It will not make you the world’s sexiest man alive!

As JT explains, the 901 stands for 9:01pm, when the evening ends and the night begins! The 901 moniker also doubles as the area code for the artist’s hometown of Memphis, Tennessee. Either way, it’s a clever marketing tool.

I’m surprised Willie Nelson’s endorsement power hasn’t been completely spent in the marijuana field (or even the tax evasion field), but here we are with a Bourbon product that bears the title of one of Willie’s classic cover tunes, ‘Whiskey River’… a song about getting blitzed on the booze.

The Van Halen rocker seriously likes his booze. Enough so that he started the Cabo Wabo bar chain and Tequila, later adding Sammy’s Beach Bar Rum. The Cabo Wabo Tequila is one of the few products on this list that I’ve actually tried (and enjoyed!) in Cabo San Lucas, no less!

Here’s an interesting pairing. You have singer and songwriter Cee Lo Green dabbling in the Japanese traditional spirit of Sake. Whatever floats your boat, I guess. A few other celebs also have stake in this company, including gossip blogger Perez Hilton. Good company to keep… 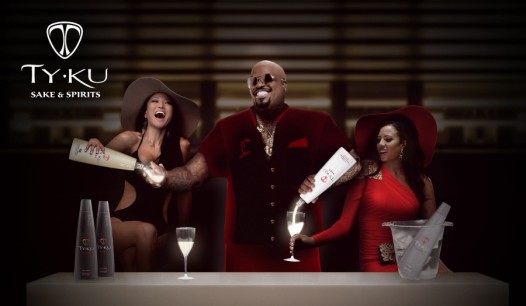 The ZZ Top front man joins a long list of musicians who have entered the liquor game. This Premium Tequila (don’t they all advertise themselves to be that!) is surely consumed by sharply dressed men with great legs, on their way to La Grange. I wonder if Gibbons’ famous beard ever gets matted and tangled by the Pura Vida Tequila…

Can you imagine the board of director meetings that happen within this Vodka company, led by the odd couple of actor Bill Murray and dancer Mikhail Baryshnikov? Between the jokes and choreography, I’m willing to bet that barely any work gets done at all at these offices. 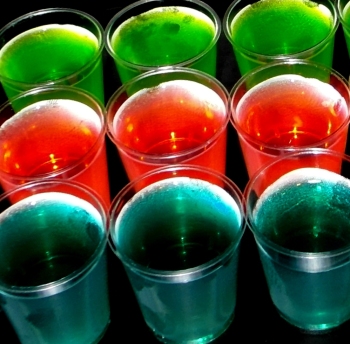 If I could have a celebrity endorsement for this site, I’d pick some of the finest alcoholics known to fame: I’m talking the Mel Gibson’s or David Hasselhoff’s of the world. As for myself, in the not-too-distant future, I will be a dot.com celeb and will have to be careful when choosing products to attach my name to. Look out for a future article regarding my selective process!

Sip Advisor Bar Notes (3.5 Sips out of 5):
I figured Jell-O Shots had to be done at some point in this project and why not combine them with Frozen Cocktail Week, since there’s really no point in making a frozen shooter (you might as well just go ahead and entitle it Brain Freeze… light bulb!). Making Jell-O shots made me feel like a kid again… except this time I was getting ripped throughout the entire process. I want to thank Ma Sip and Cousin Sip for their help throughout the project. I decided to do three different versions of the shooters (lime with tequila, berry blue with spiced rum, and watermelon with raspberry vodka) with my favourite being the vodka-watermelon combo. I never really liked Jell-O Shots until I made them myself!