There are a number of ways that fans show support for their teams. Some ways make sense while others can be downright bizarre. That’s just another wrinkle in why sports are so awesome. Here are some of best fan traditions from around the globe:

What Not to Wear

Whether sporting a watermelon helmet is done to keep your head cool, for protection in the case of a brawl, or simply to have something to snack on in the middle of the game, it is by far one of the most unique fan traditions in all of sports. Of course, it takes the crazy die-hard Canadian Football League fans of Saskatchewan to pull something like this off. Known as ‘Melonheads,’ there are varying stories about how the tradition started, but I’ll let this clip try to clarify things as much as possible. 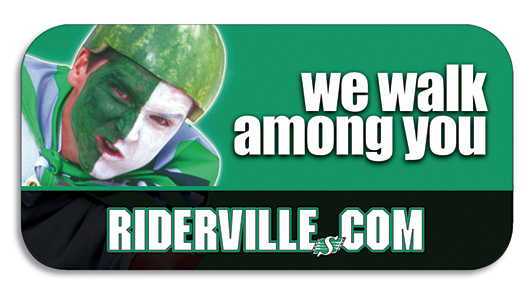 In other parts of the world, you can find the intimidating ‘Raider Nation’ backing their Oakland NFL team, the ‘C of Red’ and ‘White Out’ supporting the NHL’s Flames and Winnipeg Jets respectively, and perhaps most hilariously, ‘The Hogettes’ in Washington, D.C. These dudes-dressed-as-ladies with pig noses all began when Joe Bugel, an offensive line coach with the Washington Redskins referred to his squad as hogs in the 1980’s. From that point on, Michael Torbert and company became a fixture at Redskins games and have also raised over $100 million for charities.

It seems hockey fans love throwing items onto the ice surface. One of the longest supporter traditions sees Detroit Red Wings fans toss an octopus onto the ice. It was started in 1952 when Pete and Jerry Cusimano (owners of a Detroit fish shop) hurled one onto the ice at the start of the team’s playoff run. The eight tentacles symbolized the eight wins needed to capture the Stanley Cup at that time. 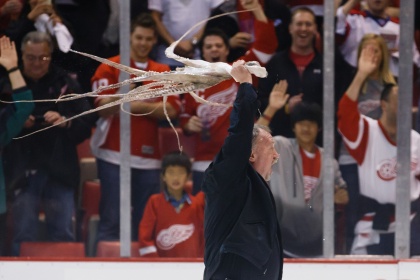 In a similar tradition, Florida Panthers fans would toss rubber rats onto the ice, following a story about player Scott Mellanby killing one in the team’s dressing room before scoring two goals that night. Due to the delays it caused, the rat toss was soon banned. Sticking with the ice, there has also been a rubber bat toss started by Buffalo Sabres fans after forward Jim Lorentz knocked a bat out of the air with his hockey stick during the 1975 Stanley Cup Finals. Lastly, the hockey-wide tradition of throwing hats on the ice following three goals by the same player (a hat trick) must be mentioned.

My hometown Vancouver Canucks has, in my humble opinion, one of the greatest traditions in the sports world. The white towel waving began when coach Roger Neilson, frustrated with the lop-sided officiating in an early 1982 playoff game, took a white towel and put it at the end of a hockey stick, signifying that he and the team had given up and surrendered to the refs control. The team and fans united around this symbol and the underdog team fought their way to the Stanley Cup Finals. The ‘Towel Power’ tradition still exists to this day. 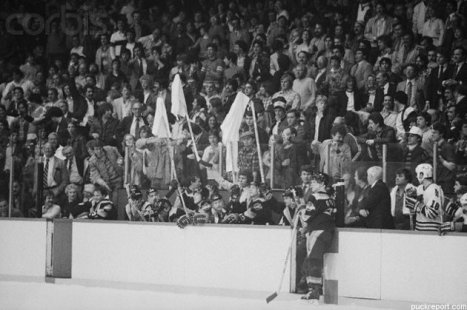 The Pittsburgh Steelers of the NFL have their own towel gimmick, known as Terrible Towels. The difference between the two teams is that the Steelers have actually had championship success with the help of their cloths.

Sing Me a Song

While my EPL team of choice is Manchester United, videos of the Liverpool FC faithful singing “You’ll Never Walk Alone” together in unison is awe-inspiring stuff. On this side of the pond, the Seventh Inning Stretch, featuring “Take Me Out to the Ball Game” has to be the most recognized sports song on the entire continent. Perhaps most famously done by legendary voice of the Chicago Cubs, Harry Caray, but enjoyed at every baseball park around North America, even non-sports fans recognize the tune.

Chanting Up a Storm

Upon compiling my research, I realized a lot of these famous chants are New York-based. From Rangers fans screaming “Potvin Sucks,” decades after the Hall of Fame defenseman retired to Jets fans and their unmistakable “J-E-T-S” tradition, there’s a lot of bluster going around the Big Apple. The Yankees have an entire section of fans known as The Bleacher Creatures, who perform a roll call of the team’s line-up, demanding recognition from each player before going on to the next one.

The last chant that has to be mentioned comes from one of the most unlikely places: the golf course. It seems every time a player putts or even starts a hole with his or her drive, you have some guy(s) screaming “Get in the hole!” The funniest thing is that this rarely works, especially in the form of a hole-in-one, but I’ve seldom seen the feat accomplished on the green, as the golfer looks to finish up the hole. Perhaps it’s more of a jinx than anything else.

At the 2010 World Cup of Soccer, fans around the world were introduced to the vuvuzela horn, which made watching the matches seem like you were living in a bee’s nest. Some loved the horns, while most couldn’t stand them. There were even folks that looked to ban the noisemaker, but come on, it was all in good fun and part of the unique party. 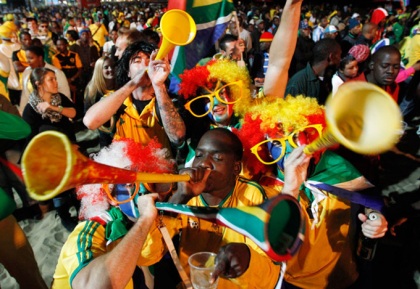 While the Lambeau Leap, performed by Green Bay Packers players after a touchdown is more of an athlete started tradition, it takes a sea of adoring fans to embrace the leaper and therefore they play a significant role in the tradition. Two more similar fan-based celebrations of note are the Tomahawk Chop of the Atlanta Braves and the Shark Chomp of the San Jose Sharks.

I should note that there were so many great options for this article, that I was forced to drop everything from college sport and focus on professional team traditions, just to narrow it down. Perhaps, I will do a follow-up post dealing specifically with the college and amateur side of things in the future.

Sip Advisor Bar Notes (3.5 Sips out of 5):
This drink is quite delicious and not too sweet, which is always a worry with frozen cocktails. It could probably use a little more alcohol, so you might want to up that proportion from 1.5 oz to at least 2, or use a heavier spirit… it does work well enough with the current measurement though and is quite the refreshing summer day drink!