Okay, I know 2013 is not a Leap Year and, in fact, we won’t see one again until 2016, but seeing as I don’t know how long this blog (aka my binge drinking) will keep going, I’m having the Leap Year cocktail now, just to make sure I get it onto the site.

Leap Day (1,096 drinks away, at my current pace) is very unique and we’re not even talking about the extra day in the year jazz. Here are some interesting Leap Day/Year facts:

Women can ask men to marry them on Leap Day – the premise to the crappy 2010 movie Leap Year. Does this mean that all the pressure is on women to pick out the right ring, plan the perfect proposal, and ask the husband to be’s parents for permission?

I wouldn’t mind me a little Sandy Bullock on her knees!

There are approximately 4 million people with birthdays on February 29. Among them, rapper Ja Rule, motivational speaker Tony Robbins and actor Anthony Sabato, Jr. The date also seems to be special for Canadian hockey players, as both Cam Ward and Simon Gagne share this birthday. Cam on Modern Family also enjoys Leap Day as his birthday, preferring to think of himself as 10 years old, when he’s hitting the big 4-0.

These people are called ‘Leaplings’ (is that anything like Lemmings?) and celebrate their birthday on either February 28th or March 1st in non-Leap Years. The chances of someone being born on this rare day are 1 in 1,461.

On the flip side, Davy Jones of The Monkees died on this day last year. Does that mean that he’s stuck in some sort of limbo – with a repeating loop of Daydream Believer constantly playing – because technically the day doesn’t exist? 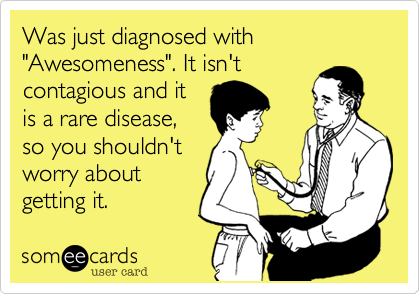 Full disclosure: the boy in the picture is me.

Around the world, the Chinese believe that Leap Year babies are difficult to raise and are unlucky, while in Greece, you are advised not only to avoid marrying on February 29th, but throughout the entire Leap Year. And they thought they had trouble with their economic system!

Two separate women have given birth to children on three consecutive leap days. That would really suck. Not only does your birthday only come around once every four years, but when it does, you have to share it with two other siblings. Sir James Wilson, the Premier of Tasmania, Australia was born and died on February 29th. I hope he was a regular lottery player.

The Honor Society of Leap Year Babies exists for people born on February 29th. I tried joining once and when my membership was denied, I lodged a complaint with equal rights activists. The case is still pending.

Most importantly, in 2012 Disneyland and the Magic Kingdom in Disneyworld were open for a full 24 hours on Leap Day. Guess I know where I’m spending February 29th, 2016. 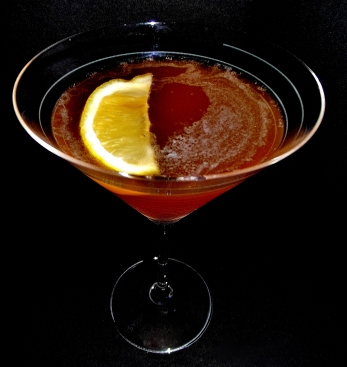 I pushed for having my wedding on Leap Day because then you would only have to celebrate once every four years. Just think of the savings. Although, I guess you would have a pretty big blowout whenever February 29th rolled around. Regardless, Mrs. Sip wanted a summer wedding and you know how it goes: happy wife, happy life… LAME!

Sip Advisor Bar Notes (3 Sips out of 5):
I can see why this cocktail is meant to only be enjoyed once every four years. It’s not that special and didn’t blow my mind in any way. The Grand Marnier was the nicest touch among the drink and luckily still came through, despite the other ingredients.