Since the dawn of time, there have been certain arguments that have divided families, torn apart lovers, and broken up friendships. Yes, my little sippers, we’re talking about issues as important as peanut butter: crunchy or smooth and toilet paper: over or under. Here are some of society’s most crucial concerns:

I prefer the Marvel Universe, in general, but there are some DC characters I love, such as Batman (does any superhero have a better rogues gallery?). This argument is no longer isolated to the world of comic books. It has spread to movies, TV shows, video games, and pop culture in general. Despite being competitors, the companies have co-existed for some crossover projects, including a number of comic book battles and alliances. After all, the scent of money can make for strange bedfellows.

There are boxer briefs, but I don’t want to take the easy, harmonious route out of this conundrum. I’m a steadfast boxers man and have been since a young age. I suppose I like to have breathing room for my buddies. Us boxers guys have been buoyed by evidence that sperm count is enhanced when packages aren’t all bunched up. There is, of course, a third option in going commando, but I’m always weary of zippers when practicing complete freedom.

Personally, I’m not a fan of Apple products and refuse to use them whenever possible. Of course, when they have the market cornered with something like the iPod, my decision is practically made for me. While I haven’t ever used an iPhone or iPad, save for taking the odd photo for someone while travelling, I do have ample experience with Mac computers and much rather be sitting in front of a PC, regardless of potential capabilities.

Many don’t like soft drinks at all, but for those who do, this rivalry has existed for eons, reaching its peak in the 1980’s. The companies (Coca-Cola and PepsiCo) also wage war with their other products: Sprite vs. 7-Up, Barq’s vs. Mug, Minute Maid vs. Tropicana, Nestea vs. Lipton Brisk, Powerade vs. Gatorade, Dasani vs. Aquafina, and so on. The two entities even compete to be major event sponsors and get their lines into various restaurants. Coke has McDonald’s, Subway, and Dominos; while Pepsi has KFC, Quiznos, and Pizza Hut. Personally, I side with Pepsi, but I’m actually more of a Dr. Pepper-Snapple Group man.

I’ve never been all that comfortable around dogs. I don’t know from where exactly this unease stems, but perhaps it has something to do with all that crotch sniffing. Plus, while it’s rare for a dog to pose a danger to people and fellow animals, you’ve never heard of a cat killing anything other than vermin (they can barely stay awake long enough to feed themselves!). No, my little sippers, I’ll take a cuddly kitty any day of the week over big, drooling, can’t clean themselves dogs. 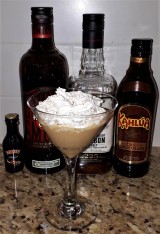 Honourable mentions include East Coast vs. West Coast, Cities vs. Suburbs, Burgers vs. Hot Dogs (the great barbecue dilemma), Coffee vs. Tea, Star Wars vs. Star Trek, Glasses vs. Contacts, Ovens vs. Microwaves, Disneyland vs. Disneyworld, and T vs. A! What great arguments have you witnessed?