We ended February needing to get Baby Sip to 11 more breweries to hit 52 (one per week) in the first year of his life. Did we achieve the feat? Read along and find out, as we look at the Sip Family’s March madness:

Things all began with a trip out to Steveston and Britannia Brewing. I took advantage of their Dine Out Vancouver menu, with my selections being Crispy Buttermilk Chicken, Crab & Chili Spaghettini and Sticky Toffee Cake. Mrs. Sip started with some Truffle Popcorn, followed by a bowl of Clam Chowder. All of the food was delicious, which we paired with the Sirens Chai Saison and Blackberry Saison, split between the two of us.

On our way back home, we dropped into Fuggles & Warlock Brewing for a flight. Our board included the Mountain View Black Currant Sour, Plasma Blaster Pale Ale, Mexican Saison and The Dark Cow Chocolate Hazelnut Belgian Stout. Of the bunch, I particularly liked The Dark Cow.

Our next outing took us through Abbotsford, Chilliwack and even Hope. The day started with a visit to Ravens Brewing and a flight consisting of their Target Practice Wheat Ale, Three Monks Belgian Triple, Jackalope Kviek IPA and Corvus Lingonberry Lime Gose. Had we not had a long day ahead of us, I could have stuck around to try a few more things, but we were on the road again quickly.

Next up was Bricklayer Brewing in Chilliwack. Mrs. Sip and I built a flight of the Burnin’ Down the House Smoked Table Beer, 20/20 Till Infinity Gin DIPA, I’ve Been Thinking Raspberry Brut IPA, 50 Ways to Leave Your Lover Date Doppel Bock, and added the Guava Coconut Hazy IPA (a collab with Mountainview and Farmhouse for International Women’s Day). We also tried their Focaccia-Style Pepperoni Pizza, which hit the spot. For the road, we grabbed a crowler of the DIPA.

Our final stop of the Journey took us all the way out to Hope and Mountainview Brewing. Our flight here included the Sweethearts IPA, Dark Side Schwarzbier, Gentle Giant Mint Chocolate Stout and Staycation Guava and Coconut Hazy IPA. We also ordered a couple snacks, such as an Everything Bagel Pretzel with Mustard and Queso and a Spinach & Feta Roll. The only downside of the entire trip was the Rambo statue in Hope (where the first movie was filmed) was put away for the winter.

The next day, we were back at it, heading out to the Tri-Cities area. We began our day on Port Moody’s Brewers Row and a stop at Twin Sails Brewing for pints of the Would Crush Raspberry Wheat Ale and Stiff Peaks Double Milkshake IPA with Cherry. Next up was Mariner Brewing in Coquitlam for a flight consisting of their Blueberry Sour, Mystery Pale Ale, Belgian Strong Ale and Salted Caramel Stout.

After many months of silence, I finally received another BevTri sample, in the form of Canadian Club Rye. Arriving along with a bottle of Fever-Tree Sicilian Lemonade, this allowed for making a CC Whiskey Sour, which was tasty. I really like when a mixer and suggested recipe are included with the liquor sample, as has happened for two of three received mini bottles.

With only a few more breweries needed to get Baby Sip to his 52, we took another trip out to the Mission and Chilliwack areas, starting our day with lunch at Mission Springs Brewing. Ma Sip and I shared the pub’s Teriyaki Gourmet Fries, which I paired with a pint of White Owl Pale Ale. I love these fries and get them anytime I’m at Mission Springs or one of the other eateries owned by the Springs Group. 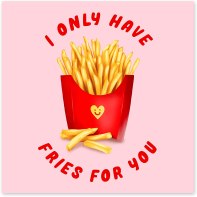 After lunch, we made our way to Farmhouse Brewing in Chilliwack. They have a beautiful space, particularly their outside picnic area. As this was my first visit there, I put together a flight to try a cross-section of their offerings. My board included the Marzen (a collab with Old Yale), Mandarin Ginger Sour, Grove Dry Hopped Lemon Wit and Nightfall Dark Lager. One of the brews I had hoped to order was sold out, but that just means a return trip is necessary.

Our last stop was Old Yale Brewing, where I had a pint of their Tropical Coconut IPA. At this point of the day, the kids were a little tired of being stuck in cars and breweries, so most of my attention (along with Ma and Pa Sip’s) was spent keeping the little ones happy and the visit was a little quicker than I would have liked.

Brewery #52 came the next day, as we dropped into Dogwood Brewing for lunch. Mrs. Sip and I shared yet another flight, comprised of all of their available brews: Honey Lager, Coffee Amber Ale, Coconut Chai, Just Chai Golden, London Fog, and Woodstock IPA. We also ordered the Meat Lovers Pizza and a pair of Samosas, all of which was scrumptious.

Not content to stop at 52 breweries, we also checked out the newly-opened Studio Brewing in Burnaby. It looks like it will be a great new space with a patio for nice days. We sampled a trio of their brews, including the Daisy Chain Saison, Embarrassment of Riches IPA and Sleeveless Errand Hoppy Table Beer.

On Baby Sip’s first birthday, part of our celebration was a stop at Dead Frog Brewing. I enjoyed a pint of the Five Frogs Imperial Brown Ale (a collab with Five Roads Brewing), while munching away at Mrs. Sip’s Brewer’s Popcorn. Remember, the Sip Advisor is not a popcorn guy, so it has to be really good stuff for me to indulge in it.

That weekend, we were afforded some time without the kids (thanks Ma and Pa Sip!), so Mrs. Sip and I ventured to Glass House Winery in Langley. Over a meal of their delicious Glass House Burger, I had pints of the Stanley Park Parkbeer Pinot Gris Pils (a collab effort with Glass House), Field House Dutch Pale Ale and Field House IPA. I really liked the set up at Glass House and being able to have a few beers at a winery was a welcome win for me. More wineries should do this, as many breweries offer wine, but reciprocation seems to be rare.

Before heading home, we also popped into Backyard Vineyards, where I built a flight of their 2019 Pinot Gris, 2019 Rosé, 2018 Syrah and 2017 Reserve Syrah. I particularly liked the Rosé and Reserve Syrah, so we bought a bottle of each for future drinking.

That wraps a very busy March with visits to 13 breweries in 18 days. April has definitely seen less action so far (even though I’m finally getting this online halfway through the month), which could, in part, be due to the current pandemic restrictions on the province. We’ll have to see if the second half of the month ramps up or not.