Each week, the Sip Advisor will alphabetically travel the United States, discovering the best each state has to offer in a variety of subjects. Today, we head to South Dakota to find out why they call it the Mount Rushmore State… well, that was an easy mystery to solve. The Coyote State is also the home of the famous Sturgis Motorcycle Rally, so let’s throw on some assless chaps and ride on through:

Motto: “Under God the people rule” – And what if these people are atheists?

Food: Chislic is lamb or beef kabob cubes grilled or deep fried. The dish is thought of as South Dakota’s unofficial State Food, having been enjoyed since well before the territory was even a state. My attention was piqued when I read chislic goes well with beer. Following your meal, why not try the State Dessert, Kuchen, a fruit and custard pie.

Drink: If the Sip Advisor ever gets to South Dakota, you can bet I’ll try to go through as many of the state’s iconic saloons as I possibly can. A highlight stop would be the rebuilt Saloon No. 10 in Deadwood, where ‘Wild Bill’ Hickok was slain (more on that later). Also, the Full Throttle Saloon in Sturgis offers burlesque dancers, little person wrestling, a zip-line and body painting. 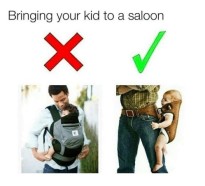 Site to See: Mount Rushmore National Memorial features the carved faces of presidents George Washington, Thomas Jefferson, Abraham Lincoln and Theodore Roosevelt. Sculpted by Gutzon Borglum, the monument opened on October 31, 1941, after 14 years of work and at a cost of $1 million. The site is nicknamed the ‘Shrine of Democracy’. Over two million people visit Mount Rushmore each year.

TV Show: Deadwood was a western drama, running for three seasons and 36 episodes of violent, curse-word filled entertainment. It starred Ian McShane and Timothy Olyphant, depicting real-life personalities from the lawless gold rush town. Years after the series was unceremoniously cancelled, a movie was produced, offering some closure to the show.

Movie: The Revenant, starring Leonardo DiCaprio, takes place in the Dakota Territory. The film is about the real-life story of frontiersman Hugh Glass who looks to exact revenge on his companions after being attacked by a bear and left for dead. The movie was nominated for 12 Oscars, winning three, including Best Actor for DiCaprio.

Book/Author: Laura Ingalls Wilder and her family moved to De Smet in 1879. Their experiences inspired five of Wilder’s books from the Little House of the Prairie series (By the Shores of Silver Lake, The Long Winter, Little Town on the Prairie, These Happy Golden Years, and The First Four Years). Wilder even met her future husband Almanzo Wilder in the city.

Fictional City: Rapid City, located in South Dakota, has been used by DC Comics in a few situations. Most notably, the Rapid City Monuments football team were among the many victims when the stadium of the Gotham City Rogues was bombed by Bane in The Dark Knight Rises movie. The scene, filmed at Pittsburgh’s Heinz Field, had the city’s mayor cameoing as a Monuments player.

Actor/Actress: January Jones (one of the best names in showbiz!) was born in Sioux Falls. She is best known for her role of repressed stay-at-home mom Betty Draper in the TV drama Mad Men, for which she was nominated for two Golden Globes and an Emmy. She also starred in the movie X-Men: First Class as telepathic supervillain Emma Frost. 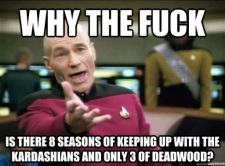 Song: South Dakota Morning by the Bee Gees is a soft rock ballad that highlights the beauty of the state, particularly in the morning as the sun rises and shines down on the land. The song was released on the band’s 1973 Life in a Tin Can album, which sold poorly and didn’t chart very well, but was called Album of the Year by Record World magazine.

Band/Musician: Singer-songwriter Shawn Colvin, best known for her 1997 hit Sunny Came Home, was born in Vermillion. The track earned Colvin 1998 Grammy Awards for Song of the Year and Record of the Year. Colvin has also done voice work on The Simpsons, as musician Rachel Jordan, a romantic interest for religious do-gooder Ned Flanders.

Animal: With the Badlands National Park providing such a rich fossil bed, it’s no surprise some famous dinosaurs have been discovered there. This includes Sue the Tyrannosaurs Rex fossil, one of the largest and most complete skeletons of its kind, found by paleontologist Sue Hendrickson. The fossil now resides at the Field Museum of Natural History in Chicago. 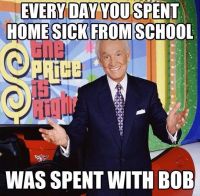 Invention: The Cyclotron particle accelerator was invented by Ernest Lawrence of Canton between 1929-1930. The devices – more than 1,200 of which now exist – are used for nuclear physics experiments and nuclear medicine treatments for ailments such as cancer. For his efforts, Lawrence was awarded the 1939 Nobel Prize in Physics.

Crime: South Dakota’s most infamous murder happened in 1876, when folk hero ‘Wild Bill’ Hickok was shot in the back of the head, while playing poker in Deadwood. Hickok’s card hand when he was murdered, pairs of aces and eights, is now known as the dead man’s hand. Jack McCall, who had lost heavily to Hickok the day before, was hanged for the slaying.

Law: In South Dakota, hotels must be outfitted with two twin beds, two feet apart and it’s illegal to make love between the two beds. That’s very specific and it should be on every South Dakotan’s (and visitors to the state) bucket list to break this law.

Sports Team: South Dakota has no professional teams in the Big 4 sports leagues. For athletic action, there is the University of South Dakota Coyotes and South Dakota State University Jackrabbits NCAA programs, which have enjoyed an intrastate rivalry with one another. It should also be noted, South Dakota’s State Sport is Rodeo.

Athlete: Brock Lesnar was born in Webster. He is a former UFC Heavyweight Champion, as well as an eight-time WWE World Champion. Known as ‘The Beast’, Lesnar enjoyed a successful amateur wrestling career, winning a NCAA heavyweight championship, prior to becoming a pro wrestler. He also tried his hand at an NFL career, trying out for the Minnesota Vikings.

Famous Home: The Ingalls Home and Museum (aka The House that Pa Built) from many of the Little House on the Prairie books can be found in De Smet. It was built between 1887-1889. Around the town, visitors can also find the location of the Ingalls Store, the school Laura Ingalls Wilder attended and the graves of many of the Ingalls family members.

Urban Legend: In 1973, five teenagers from Sioux Falls were attacked by three brothers, while camping at the Gitchie Manitou State Preserve in Iowa. Four of the victims, males aged 14-18, were killed, while a 13-year-old female was raped. It’s said the spirits of the murdered boys haunt the area, extending into southeast South Dakota.

Museum: The National Presidential Wax Museum can be found in Keystone. There, the wax figures of all 45 U.S. presidents can be found, posed in a recreation of a major moment from their presidency. These include George Washington being presented the U.S. flag by Betsy Ross and Richard Nixon greeting the returning astronauts from the Apollo 11 moon mission.

Firsts: The first World War II memorial in the country was erected in Pierre in 2001. It features six bronzed statues from various branches of the military, saluting as they have returned from the battlefield, forever changed. They face the Flaming Fountain Memorial, which is dedicated to South Dakota’s war veterans. Both sites are located along the Capitol Lake.

Events: The 1874 Black Hills Gold Rush brought thousands of people to the Dakota Territory, creating legendary mining towns such as Deadwood. As a result, the U.S. government attempted to purchase the land, leading to the Black Hills War of 1876, between Native American tribes and U.S. forces. Black Hills Gold is the State Jewelry of South Dakota.

Miscellaneous: A little more on the Sturgis Motorcycle Rally, which lasts for 10 days in early August. The festival began in 1938, centered on racing and stunts. Today, the gathering brings 500,000 to 700,000 people to Sturgis, generating $800 million in tourism revenue. This year, the event came under fire for its lack of social distancing during the COVID-19 pandemic.

I chose this cocktail as an homage to the Mount Rushmore monument. The recipe is similar to the El Presidente drink, with a couple alterations (OJ subbed in for Triple Sec and Lemon Juice rather than Dry Vermouth). A recipe similar to The President first appeared in the 1930 The Savoy Cocktail Book.