Each week, the Sip Advisor will alphabetically travel the United States, discovering the best each state has to offer in a variety of subjects. Today, we look to strike it rich in the Treasure State. Montana is also known as Big Sky Country, thanks to its abundance of scenic wide open spaces. Let’s check things out and mine us some gems:

Motto: “Gold and silver” – At least they’re being honest… it’s all about the money!

Drink: A couple beverages unique to Montana include the Hot-N-Tot (cola with cinnamon syrup), which is served up at a couple diners in the state, and the Dirty Girl cocktail, made by mixing root beer with Orphan Girl Bourbon Cream Liqueur (another Montana creation).

Site to See: Glacier National Park has been dubbed the crown jewel of the continent. Highlights of the park, include Grinnell Glacier, Triple Divide Peak and International Peace Park, which was made with the shared border of Alberta, Canada’s Waterton Lakes National Park. There are 250 lakes and countless animal species within the park’s boundaries.

Street: Another highlight of Glacier National Park is Going-to-the-Sun Road, which many consider one of the most scenic drives in America. The route crosses the Continental Divide and has been featured in movies such as The Shining – during the opening credits drive to the Overlook Hotel – and Forrest Gump – part of Forrest’s run across America.

TV Show: Yellowstone, starring Kevin Costner as ranch owner John Dutton, recently premiered its third season. The show is filmed around Montana, with the Chief Joseph Ranch, in Darby, providing a primary location. I had not previously heard of this series, but there’s not a lot to choose from for the state, so we’ll go with it.

Movie: A pair of early Brad Pitt films, A River Runs Through It and Legends of the Fall, are both set in Montana. The former is a coming-of-age tale for two brothers between World War I and the Great Depression, while the latter takes place during a similar period, but changes things up with three brothers. Both films won Best Cinematography Oscars.

Book/Author: Alfred Bertram Guthrie Jr. came to Montana at just six months old. His novel, The Way West, won the 1950 Pulitzer Prize for Fiction, and was adapted into a film in 1967. Guthrie also penned the screenplay for another notable western, Shane, which earned him an Oscar nomination.

Fictional Character: Dynasty villain, Adam Carrington, was from Billings. Kidnapped at birth, he returned to the Carrington family fold in season three of the original series and committed a number of dastardly acts towards his family and others. Originally intended to be short-term character, Adam remained a storyline focal point for the rest of the show’s run.

Fictional City: There’s no notable fictional cities for Montana, so how about a story about a real town, which unofficially changed its name as part of a publicity stunt. Ismay briefly became Joe, in 1993, as part of an arrangement with the NFL’s Kansas City Chiefs, when they acquired quarterback, Joe Montana.

Song: Montana is the only state to have a State Lullaby, Montana Lullaby by Ken Overcast. The song paints quite the patriotic picture, with lyrics such as “From the wide rollin’ plains, cross the Rockies blue range, Wherever the proud eagle flies, A lone coyote croons to a full lover’s moon, A Montana Lullaby.”

Band/Musician: Jeff Ament, a founding member of the band Pearl Jam and ranked among the greatest rock bassists of all-time, was born in Havre. Before Pearl Jam, Ament also worked with other Seattle grunge bands, Green River and Mother Love Bone. Pearl Jam was inducted into the Rock and Roll Hall of Fame in 2017.

People: Daredevil, Evel Knievel, was born in Butte. He is best known for motorcycle stunts, including jumping the Caesars Palace fountains and Snake River Canyon. Many of his stunts resulted in horrific crashes and Knievel holds the Guinness World Record for most bone fractures ever. A cartoon, rollercoaster and rock opera are among the projects based on the self-proclaimed ‘Last Gladiator.’

Animal: We’ve all heard stories of dogs being loyal to their humans, but Shep may be the greatest example of this. In 1936, he followed his owner’s casket to the Fort Benton railroad station and greeted every incoming train afterwards, hoping it would bring the return of the owner. Sadly, six years later, Shep was hit by an arriving train and died. In 1994, a sculpture of Shep was installed in Fort Benton.

Invention: The Heart Monitor was invented by Montana biophysicist, Norman Holter. It allowed for hearts – you know, the most vital organ for life – to be monitored around the clock, recording its electrical activity. The device is still used today, but it has shrunk considerably in size, since it was first released in 1962.

Crime: Ted Kaczynski (aka the Unabomber) hid in Montana’s mountains for 25 years. During this time, he sent 16 bombs around the country, resulting in three deaths and 23 injuries. When finally captured, in 1996, Kaczynski was punished with eight consecutive life sentences. The death penalty was an option, but because Kaczynski pleaded guilty, this was avoided.

Law: In Montana, it is illegal to pretend to abuse an animal, while a minor is present… with no minors around, though, anything is possible.

Sports Team: Without any professional teams to support, the University of Montana Grizzlies and Montana State University Bobcats sport programs garner a lot of attention. The two schools have established quite a rivalry, perhaps best seen in football, with the annual Cat-Griz/The Brawl of the Wild game. The winner of this contest, receives the Great Divide Trophy.

Athlete: Phil Jackson, born in Deer Lodge, may be best known for his second act, as coach of NBA dynasties with the Chicago Bulls and Los Angeles Lakers, winning 11 championships. He also enjoyed a successful playing career, though, including two championships as a member of the New York Knicks. He was inducted to the Basketball Hall of Fame, as a coach, of course, in 2007.

Famous Home: In Three Forks, folks can find Jim’s Horn House, which features 16,000 pairs of antlers, displayed in a small shed. This has been the passion project of Jim Phillips, who has been collecting the pieces for six decades. The ‘Antler Man’ is open to visitors, but you have to email ahead, in order to get the address for this interesting collection.

Urban Legend: The Battle of Little Bighorn, also known as Custer’s Last Stand, was the most significant action of the Great Sioux War of 1876. It was a massive defeat of the U.S. Army and visitors to the site today, can sometimes hear screams, yells, horses, and gunshots. There’s a theory the energy of the battle created a ‘recording’ on its land, which can sometimes be played back.

Museum: Dubbed the ‘Smithsonian of the West,’ the Miracle of America Museum provides an all-encompassing view of the country and its history. The museum’s website describes the collection as: “thousands of artifacts scattered throughout dozens of buildings.” Kids can even get hands-on with some of the pieces, including vintage coin-operated games. 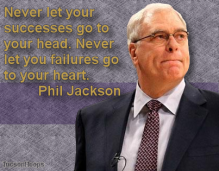 Firsts: Montanan, Jeannette Rankin, became the first woman elected to the United States Congress, when she was voted in, in 1916. Rankin was known as a pacifist, voting against the U.S. entering World War I and being the only dissenting vote against the country joining World War II.

Company: Kampgrounds of America (KOA) is based in Billings. Founded in 1962, KOA is the world’s largest system of private campgrounds, with 500 locations in North America. Former KOA CEO, Jim Rogers, appeared in a 2013 episode of Undercover Boss, profiling the company and some of its employees.

Events: In 1862, gold was discovered at Grasshopper Creek, leading to a gold rush, resulting in countless people coming to Montana, some of which made their fortunes. In fact, by 1888, Helena was home to more millionaires per capita than any other city in the world. Deposits are still rich in Montana, which is why it’s called the Treasure State.

Miscellaneous: The after effects of the gold rush led to there being dozens of ghost towns in Montana. Some notable ones, include Combination, Comet, Keystone, Black Pine, and Pony. Glimpses of the past can be seen by visiting these sites, where some of history’s most infamous characters once resided.

Those wide open spaces in Big Sky Country are celebrated with the Blue Sky Martini, which has a variety of recipes, but this is the one I preferred to make. A little side note, if you order a drink in Montana and add the word ditch to it (ex. Whiskey Ditch), you can expect a splash of water to be added.