Each week, the Sip Advisor will alphabetically travel the United States, discovering the best each state has to offer in a variety of subjects. The Golden State is going to be a tough stop, as there’s so much to choose from for each category. California is home to film, TV and music production, as well as a hub for technological developments. Its population rivals the entire country of Canada, so suffice to say, there’s a lot going on:

Food: You could have an entire buffet – or at least a multi-course meal – stocked only with food items invented in California. For an appetizer, there’s the California Roll or a Cobb Salad, followed by a main course of either a Cheeseburger, French Dip Sandwich, or California-Style Pizza. For dessert, you could enjoy a Popsicle, Hot Fudge Sundae or Rocky Road Ice Cream. And why not finish the meal with a Fortune Cookie.

Drink: California is known for inventing its fair share of popular cocktails, including the Martini. Both San Francisco and nearby Martinez claim to be the birthplace of the drink, which has been called “the only American invention as perfect as the sonnet” and “the elixir of quietude”. 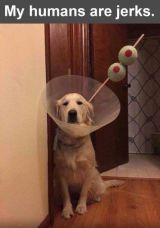 Site to See: As someone who has spent quite a bit of time and money travelling to California for the sole purpose of going to Disneyland, I have to pick the ‘Happiest Place on Earth’ as my choice here. Of course, the state seems to have something to offer for everyone, ranging from wine regions and beaches to tourist landmarks and other theme parks.

Street: San Francisco hasn’t seen much love in this piece yet, so I will choose Lombard Street for this category. The infamous winding route, featuring eight hairpin turns, has been used for car chases in the movies What’s Up, Doc?, Magnum Force and Ant-Man and the Wasp. Apparently, during peak times, driving the road can be preceded by a 20-minute wait and a reservation system may be used in the future.

TV Show: So many TV shows are set in California, with every genre getting some coverage: family sitcoms The Fresh Prince of Bel-Air, Saved by the Bell and Full House; teen dramas Beverly Hills, 90210 and Buffy the Vampire Slayer (as well as spinoff Angel); mysteries Perry Mason and Columbo; adult sitcoms Arrested Development, The Big Bang Theory, Modern Family and Two and a Half Men; adult dramas Sons of Anarchy, Entourage and Weeds; and even horror shows Fear the Walking Dead and a couple seasons of American Horror Story.

Movie: Same goes for movies, with some of my all-time favourites being California-based. This includes Die Hard, Anchorman and Reservoir Dogs, among too many to name and many more I still need to watch.

Book/Author: John Steinbeck, author of the Pulitzer Prize-winning The Grapes of Wrath, was born in Salinas. Much of the writer’s work was set in California, including popular titles East of Eden and Of Mice and Men.

Fictional Character: I have to go with the eccentric Bluth family from Arrested Development. Teenagers Zack Morris (Saved by the Bell) and Marty McFly (Back to the Future) almost land in the top spot. Mass murderers Chucky (Child’s Play) and Ghostface (Scream) also call California home, so be careful.

Fictional City: Parts of real-life California seem fictional, but if I don’t pick Sunnydale from the Buffy the Vampire Slayer universe, Mrs. Sip may never forgive me. The show’s entire seven season run takes place largely within the community, where Sunnydale High School is located directly above the ‘Hellmouth’. Spoiler alert: to close that dimensional portal, the city of Sunnydale is destroyed and the Sip Advisor doesn’t have to watch the show anymore!

Actor/Actress: Most folks who want to become actors end up in California. Those born in the state comprise a who’s who list of Hollywood royalty. This includes: Clint Eastwood, Leonardo DiCaprio, Tom Hanks, Ben Affleck, Dwayne Johnson, Will Ferrell, Nicholas Cage, Jennifer Aniston, Angelina Jolie, Drew Barrymore, Jodie Foster, and Marilyn Monroe, among many others.

Song: With apologies to runners up Hotel California (The Eagles) and California Dreamin’ (The Mamas and the Papas), every time I’m about to land at LAX, I have to play California Love by 2Pac and Dr. Dre. It just gets me in the right spirit and ready for all the fun at my fingertips.

Band/Musician: Another tough choice, but given this band’s history – and playlist – I have to go with the Red Hot Chilli Peppers. The group was formed in Los Angeles and so many of their songs are California-based or inspired. Honourable mentions go to NWA, 2Pac, Snoop Dogg, Metallica, Guns N’ Roses, The Beach Boys, and The Doors.

People: Between Apple and Pixar, Steve Jobs brought a lot to the world around him. From personal computers to the iPod, iPad and iPhone, many people use the devices Jobs helped to create on a daily basis. Sadly, Jobs died in October 2011, aged 56. What he would have developed in the later years of his life, we’ll never know, but most wish he had the chance.

Animal: California is an animal actor’s haven. Many furry stars were trained in the state, including Mr. Ed, Lassie, Old Yeller, Buck from Married with Children and even the Taco Bell Chihuahua. SeaWorld San Diego was also home to infamous orca Shamu.

Invention: Barbie dolls were invented by Ruth Handler in Los Angeles, and named after her daughter, Barbara. Ken dolls came later, named after her son. Debuting at the American International Toy Fair in 1959 (used as Barbie’s birthday), the dolls have been a hit since, launching the Mattel toy company, and becoming a global phenomenon and feminist icon.

Crime: While there are many crimes California is known for, I have to go with one that captured the attention of the entire nation and much of the world. In 1994, former NFL star O.J. Simpson was accused of murdering his ex-wife Nicole Brown Simpson and her friend Ron Goldman. O.J.’s surrender to police turned into a two-hour low-speed chase across Southern California, with 95 million people watching on TV. The trial that followed was a media sensation, dubbed the Trial of the Century, resulting in O.J.’s acquittal.

Law: In California, “sunshine is guaranteed to the masses”. So, when that rare day of inclement weather comes, who pays the price for such a disturbance!?

Sports Team: California has five baseball teams, three football teams (with the Raiders leaving to play in Las Vegas for 2020), four basketball teams, and three hockey teams. Most popular among those squads is likely the Los Angeles Lakers, one of the NBA’s most important franchises. The Lakers have won 16 NBA championships in 31 finals appearances.

Athlete: Amongst some all-time greats, I have to go with athletes who changed their sports. There, you have Billie Jean King, who brought women’s tennis to the forefront with her Battle of the Sexes matches. There’s also skateboarder Tony Hawk and snowboarder Shaun White, who made their extreme sports mainstream viewing. Finally, we have Tiger Woods, who despite his personal problems, made golf more popular than it’s even been.

Famous Home: There are so many notable abodes in California, there’s even tours of these manors and other dwellings. The Playboy Mansion, though, may take the cake for world recognition, as a place of lavish parties and debauchery. Hugh Hefner’s pad is located in Los Angeles, where the 29-room estate has been “permanently protected” by the city, basically deeming it a historical landmark.

Urban Legend: Used as inspiration for American Horror Story: Hotel, the Hotel Cecil in Los Angeles has had a long history of violent incidents and guest suicides. Rumoured guests have included Elizabeth Short (aka the Black Dahlia), shortly before her murder; serial killer Richard Ramirez (aka the Night Stalker), perhaps during his spree of terror; and fellow serial killer Jack Unterweger, said to possibly be copying Ramirez while visiting L.A. from Australia.

Museum: Winchester Mystery House, in San Jose, was the former home of Sarah Winchester, widow of gun maker William Winchester. Following the death of her young daughter and William’s passing, Sarah was advised by a psychic to move west and never stop building her home there, or she would be haunted by the spirits of those who died at the hands of the guns her husband had made his wealth from. Until Sarah’s death in 1922, construction continued, resulting in staircases that lead to dead ends, as well as trap doors and secret passages.

Firsts: Given my affinity for McDonald’s, I have to salute the fact the first ever restaurant for what would become the chain, was opened in San Bernardino, in 1940. Decades later, McDonald’s became the world’s largest restaurant chain and today serves millions of customer each day, across the globe.

Company: I think here, you have to go with film and broadcasting companies, which provide us all with so much entertainment. The Walt Disney Company, Universal Pictures, MGM, Netflix and Warner Bros., among them. There are also tech companies, such as Facebook, Twitter, Apple, and Google, who do the same.

Events: California has endured gold rushes, earthquakes and much more. What truly gave the state its identity, though, was the film industry coming to settle in Hollywood. With Thomas Edison owning a number of patents regarding movie development, many filmmakers came to California to dodge the fees that came with that. Studios sprouted up soon after and the rest is movie history.

Miscellaneous: Video games haven’t received much coverage in these posts yet, but it should be noted, California has one of the largest industries for gaming. Activision Blizzard, Atari and Electronic Arts have all set up shop in the state where arcade games were invented. Heck, one of my favourite childhood cartridges, California Games for the NES, was basically an electronic ad for west coast life.

This drink was created in 1996 by Tony Abou-Ganim to celebrate the Starlight Room in San Francisco’s Drake Hotel. The Sidecar variation intrigued me because of the use of Spiced Rum. My cocktail was a little too heavy on the lemon juice, but I enjoyed the Cinnamon/Sugar rim and would try the concoction again.