Did you know that we have Ginger Beer to thank for the legal term of negligence. It all stems from the English 1932 case of Donoghue v. Stevenson, which resulted when Mrs. Donoghue drank a Ginger Beer that had been manufactured by Mr. Stevenson’s company. There happened to (allegedly) be a snail in the bottle, which caused Mrs. Donoghue to become sick. Mr. Stevenson was guilty due to negligence, which had previously not been used in legal matters. Here are some other infamous cases of legal negligence:

Almost everyone out there knows of this lawsuit, which most point to as being ridiculous. After hearing the circumstances, though, many change their minds and can understand why the restaurant chain was punished as harshly as they were. When 80-year-old Stella Liebeck spilled a cup of java on her lap, causing third-degree burns, she asked for $800 to cover the treatments for her injuries. When McDonald’s balked, Liebeck sued and was awarded $2.7 million by a jury. Apparently, the franchise had received hundreds of complaints about the temperature of their coffee which was served much higher than other restaurants. 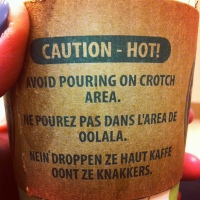 In 2009, Lauren Rosenberg used Google Maps for a walking journey she needed to take and ended up getting hit by a car. The map service advised her to walk on a freeway void of sidewalks as part of her trip, resulting in the accident. Rosenberg sued Google (and the driver who hit her) for $100,000 to cover her medical bills. The case was eventually dismissed, as Google does have warnings about the reliability of their directions.

After a San Francisco Giants fan, Bryan Stow, was viciously beaten by two men, causing brain damage, Stow sued the Dodgers, alleging his attack was to be blamed on a lack of security presence at the opening day contest between the two teams. Stow was awarded $18 million, of which the Dodgers were found to be 25 per cent responsible, but still have to fork over $13.9 million to cover all of Stow’s medical bills and loss of earnings. Hostilities between Giants and Dodgers fans have existed for decades, even resulting in a couple murders.

In 2005, Anna Ayala of California sat down to a meal at a Wendy’s restaurant in San Jose. While eating, she claimed to have discovered a severed fingertip in her bowl of chili. She sued Wendy’s, however, Ayala had a checkered history of lawsuits against companies and it didn’t take long for investigators to poke holes in her story. Ayala was later arrested and charged with attempted grand larceny for the incident, which she pled guilty to and was sentenced to nine years in prison, serving four years. The finger belonged to a co-worker of Ayala’s husband. Wendy’s estimated their loss of revenue from the incident to be $21 million.

What are some other famous negligence lawsuits that have been filed in this crazy world? Whether legit or not, the subject matter is often quite interesting and often divisive.

Sip Advisor Bar Notes (4.5 Sips out of 5):
I was really looking forward to making this drink and it did not disappoint. If you try it and the Ginger Beer content is too high, you can even the drink out with more of the Stout/Porter Beer and the results will be absolutely delicious.