Today marks Pa Sip’s birthday and in honour of him, we’re going to look at some of the greatest fictional trains. Pa Sip has long been a hardcore rail fan, so what better way to salute the man I shared some of my first drinks with!

“Casey Junior’s coming down the track, coming down the track, with a smoky stack. Hear him puffing, coming round the hill, Casey’s here to thrill, every Jack and Jill.” The fun part about this Disney parks attraction (based on the 1941 movie Dumbo) is finding yourself in the ‘Wild Animals’ cage. That’s exactly where a few of us ended up after nearly getting booted out of the resort, many moons ago! 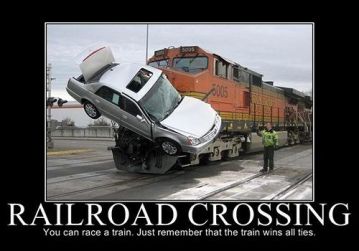 Created in 1945, by Rev. Wilbert Awdry for his The Railway Series of children’s stories, Thomas the Tank Engine quickly became the most popular character, becoming the titular train when the books were adapted into a TV series in 1979. Thomas, along with all the other charatcers from The Rail Series, was based on a real vehicle, in this case a London, Brighton and South Coast Railway Billinton 0-6-0 E2 Class.

While this was a real train and route (originally spanning Paris to Istanbul, existing from 1883 to 2009), it is perhaps best known for the fictional work, Murder on the Orient Express, written by mystery novelist Agatha Christie. The book, written in 1934, sees detective Hercule Poirot forced to solve a murder aboard the train. If reading isn’t your thing, the novel has been adapted into a film three separate times.

Written and illustrated in 1985 by Chris Van Allsburg, this train received mainstream attention with the release of a movie based on the book in 2004. The locomotive picks up children on Christmas Eve and takes them to the North Pole for front row seats to Christmas prep. Allsburg based the train on one he played on as a child (the 1225, like 12/25), which was used for the film, including recorded sounds.

Connecting the Muggle (real) world to the land of Hogsmeade, this is the locomotive that gets future wizards to and from school each year. To board the train, one must have access to the hard-to-find Platform 9¾ at King’s Cross Station in London. This magical train has been turned into an attraction at the Universal Studios resorts and in Florida actually takes guests between the two parks.

It’s interesting that almost all of these trains were first introduced in book form. Perhaps Mrs. Sip is onto something with all her reading and such. Anyhoo, happy birthday Pa Sip… I hope you have an amazing one!