As if Easter weekend and its four days off from work weren’t good enough, the holidays bring with it one of the Sip Advisor’s favourite drinking events of the year: the Portland Spring Beer and Wine Fest. The 2015 edition did not fail to live up to expectations, so let’s look back at all the fun we had!

The journey began with a breakfast pit stop, en route to Portland, at the Train Wreck Bar, in Burlington, Washington. Ma Sip has wanted to split their Bloody Mary breakfast platter, which combines a number of appetizers growing out of a Bloody Mary beverage, for a while. Despite being more of a Caesar man – and it being very early in the day – I was game for this challenge. We went with Absolut Peppar Vodka in our cocktail, as I wasn’t sure my stomach was ready for Sriracha Vodka in the wee hours of the morning.

We arrived in Portland in the afternoon and checked into our accommodation. One of the benefits of staying at an Embassy Suites is the daily happy hour, which allows guests to enjoy some snacks and drinks, on behalf of the hotel. And enjoy, we certainly did, with beer, wine, and cocktails flowing on each of the days of our stay. As for the appies, one odd combo was peanut butter that you could add Nerds candies to, which gave it a sour jelly flavour and made for an intriguing dip for pretzels and Goldfish crackers.

Our first meal in Portland was at Der Rheinlander German Restaurant, which provided me and Mrs. Sip the opportunity to each try and share samplers of German beers while enjoying a schnitzel club sandwich and cheese fondue. We put together a nice mix of wheat and dark beers, which complimented our meal quite fantastically.

Saturday was the big day of the Beer and Wine Fest. Mrs. Sip and I were proudly rocking our CAMRA BC t-shirts (where the province’s outline is depicted as a mug of beer) and received numerous compliments on them, as we made our way around the convention floor. Of all the products I sampled, my favourites included Calapooia Brewing Chili Beer (which I went back for seconds and thirds!), Wild Ride Brewing Maple Brown, and Ambacht Brewing Ginger Farmhouse. 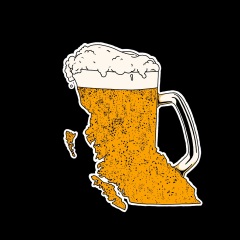 Has the province of British Columbia ever looked better!?

We also love the festival for all of the other things going on, such as the information and tasting sessions. Our favourite involves the combination of chocolate truffles, paired with various spirits. It’s also a pleasure to meet our fellow enthusiasts, from volunteers, to wine makers, to brewmasters, and the general public, who love beer, wine and spirits.

On Sunday, we traversed Portland’s downtown core, taking advantage of a nice day, for a mini pub crawl. Our stops included Rogue Distillery and Public House, Henry’s Tavern, and Fat Head’s Brewery. This was my second time going to Rogue and everything is great there, from the staff, to the beers and spirits, to the food. Henry’s Tavern had a neat Portland beer taster pack, which went well with some massive bar pretzels. Finally, we learned of Fat Head’s the day before, at the festival, where we were told that great beer could be combined with the best fried pickles in existence. Mrs. Sip and I specifically enjoyed the process of writing in our beer sampler choices, rather than reading them out to the server.

A highlight of any trip across the border is the chance to do some serious liquor shopping. On this occasion, we grabbed bottles of Ardbeg Scotch, Viniq Shimmery Liqueur (which may be the most fascinating alcohol concept I’ve seen in some time), Wild Roots Apple-Cinnamon Vodka, Southern Tier Brewing Crème Brulee Stout, and the Shock Top Winter Mixer pack, I previously mentioned wanting to track down. I also nabbed a couple odd sodas for future mixing, including Peanut Butter & Jelly and Bacon flavours. 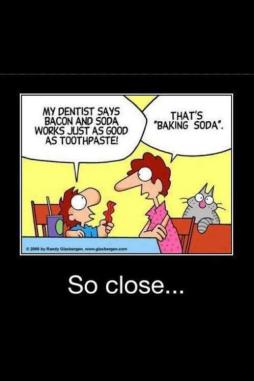 We wrapped up the vacation with a visit to The Yardhouse in Seattle. With 110 beers on tap, making menu decisions isn’t easy, but I quickly gravitated towards the Avery White Rascal, which was a very good decision, if I don’t say so myself.

After a weekend that featured so many new and delicious brews, you would think that we’re all beer’d out, but another week brings a whole new set of opportunities, such as the opening of Big Rock’s Vancouver location and perhaps a little rest!