The iconic Saturday Night Live is celebrating its 40th season on the air this evening and in those 40 years, we’ve seen many classic characters hit our screens – both big and small. Here are the Top 5 Saturday Night Live characters, according to the Sip Advisor (a great character in his own right!):

Dan Aykroyd, the man behind Crystal Skull Vodka and so many great characters, can also list this shady salesman among his fine credits. Mainway appeared on the show Consumer Probe to defend his geared-towards-kids Halloween costumes and Christmas toys, such as ‘Bag O’ Glass,’ ‘Bag O’ Sulfuric Acid,’ ‘Teddy Chainsaw Bear,’ ‘Invisible Pedestrian,’ and ‘Johnny Switchblade Adventure Punk.’ I personally don’t see the issue with any of those products! 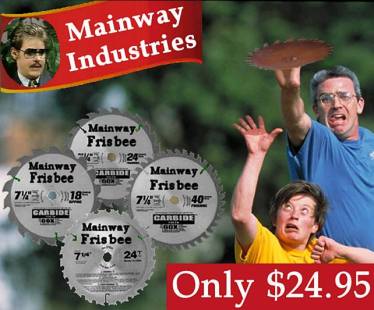 The New York club scene insider and Weekend Update guest, was responsible for introducing the world to some of the most bizarre underground hangouts, including Crease, Whimsy, and Kevin?… yes, that one has a question mark. Played by Bill Hader, fellow writers would change the cue cards for Stefon appearances between rehearsal and live run and then it would only be a matter of time before Hader would break character laughing and have to bury his face in his hands.

“Party on, Wayne… party on, Garth! With those words, Wayne’s World took to the airwaves, although it’s a little known fact that Mike Myers first used the Wayne Campbell character on the Canadian show It’s Only Rock & Roll. Anyway, the Wayne’s World co-hosts took their skit success straight to feature films with two great movies, perfect for cameo appearances from musical acts, as well as actors. The characters have rarely been reprised, but they live on in the hearts of millions.

While Chris Farley made this character legendary, it was actually created by Bob Odenkirk, aka Saul Goodman from Breaking Bad. Matt Foley, with his unique way of motivating others, made us all fear an existence of living in a van down by the river. A highlight of each Foley sketch was the inevitable crash the inspirational speaker would take through a table or into a Christmas tree. The first table fall was actually accidental, but was the icing on the cake for the sketch and became tradition. 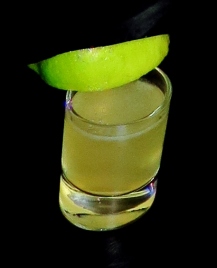 Some honourable mentions go to Mr. Bill, the Festrunk Brothers, Toonces the Cat, the Ladies Man, the Butabi Brothers, and Mr. Robinson. While I’ve never been a big regular watcher of the show, I have many fond memories from it and have to thank the series for launching the careers of some of my favourite comedians!

Sip Advisor Bar Notes (4.5 Sips out of 5):
While this shot is certainly meant for the John Travolta disco dancing film from the 1970s, I believe it also works well for the theme of today’s post. The Sambuca and Lime Juice are to be shaken together first, with the Whiskey being floated on top afterwards, but I had forgotten this element and when the result was a wonderful tasting shot, I just went with it. This may be one of the best uses of Sambuca I have yet to find and I think things might have been helped by the Royal Challenge Whiskey from India.