Mikhail Baryshnikov is perhaps the most famous person to call Latvia home. The dancer-turned-choreographer, considered to be one of the greatest performers of his generation, if not all-time, was born in Latvia’s capital city of Riga in 1948. Let’s take a look at the man who has transcended his art and entered other realms of entertainment!

The son of an engineer and a dressmaker, Baryshnikov began his ballet studies at the age of 12. His talent was quickly recognized and in 1964, he was moved to the Vaganova School in what is now St. Petersburg. Early in his career, Baryshnikov was partnered with top Russian ballerina Irina Kolpakova, while they were members of the Kirov Ballet in the former Leningrad. 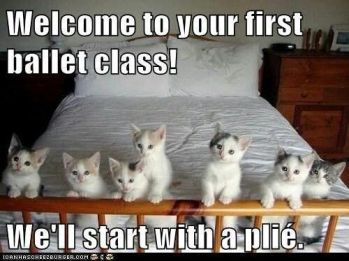 Baryshnikov defected to Canada in 1974, searching for artistic freedom, instead of being pigeon-holed as a ballet dancer. He quickly joined the American Ballet Theatre and later New York City Ballet, where he also took over the artistic direction of the troupe. Some of Baryshnikov’s best work came while partnered with Twyla Tharp. The two completed projects that include Push Comes to Shove, The Little Ballet, and Sinatra Suite.

The 1977 movie The Turning Point brought Baryshnikov’s talent to the mainstream and introduced a decade-long ballet craze to the United States. Playing Yuri Kopeikine, a Russian dancer and playboy, Baryshnikov was nominated for an Oscar and Golden Globe for Best Supporting Actor. The film starred Anne Bancroft and Shirley MacLaine and is about the drama of the dance world… a precursor to the Step Up series, perhaps!?

Baryshnikov’s other film credits include Giselle (also the work in which he made his stage debut in 1967) and White Nights, which is not about cocaine-fuelled parties. White Nights actually teamed Baryshnikov with legendary tap dancer Gregory Hines. The movie featured a number of memorable dance scenes, including one where Baryshnikov pirouettes 14 times while in cowboy boots.

On the smaller screen, Baryshnikov appeared in the final season of Sex and the City, as Aleksandr Petrovsky, a successful Russian artist. The character pursues main character Carrie Bradshaw, despite being much older and already having a grown child. Although he convinces Carrie to move to Paris with him, the relationship doesn’t work out and the series ends with Carrie and Mr. Big back together. I never thought I’d write an entire paragraph on a Sex and the City plot.

Baryshnikov’s nickname is Misha, a term which normally might only be used by the man’s close friends and family. After so many people struggled to pronounce his name correctly, he encouraged the use of Misha by friends, family, and fans alike. Baryshnikov used his nickname as the moniker for the perfume he released in 1989. I’ll still never really get why men are able to put out fragrances for women and vice versa, but who am I to question the way the world works.

Current American Horror Story star, Jessica Lange and Baryshnikov were in a relationship from 1976 to 1982 and have a child, Aleksandra (born 1981) together. The two apparently spoke French when they first met, as Baryshnikov had yet to learn English. A rare heterosexual in the dance world, he also had relationships with ballerinas Gelsey Kirkland and Lisa Rinehart, the latter of which, he has three kids (Peter, Anna, and Sofia) with.

With fellow choreographer Mark Morris, Baryshnikov operated his own modern dance company, The White Oak Dance Project, from 1990-2002. In 2005, he opened the Baryshnikov Arts Centre in New York. He was recently seen in an uncredited role, as Interior Minister Sorokin, in 2014’s Jack Ryan: Shadow Recruit. Baryshnikov has even been honoured with cocktails based on his life and career. The drinks include Dancer, Actor, and World Citizen… now that’s a triple threat! 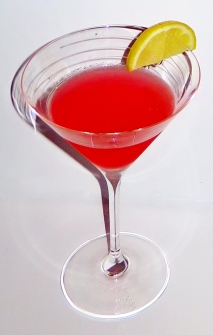 The only real knock I have against Baryshnikov is that he asked for asylum in the city I hate the most in this beautiful country of Canada. That would be Toronto, the center of the universe according to anyone who lives there. Other than that, the guy’s okay in my books!

Sip Advisor Bar Notes (4.5 Sips out of 5):
This is a very good cocktail, especially when you use Stoli’s Salted Karamel Vodka. The Grenadine gives it a terrific colour and I’m always surprised at how well Lemon Juice and Creme de Cacao work together.