Israel has the greatest number of museums per capita in the world. Therefore, it should be no surprise, especially given the country’s religious and historical significance, that many travelers are willing to risk their own security to visit the nation. Let’s take a look at some of those important religious tourism sites:

Also known as the ‘Wailing Wall,’ this location is recognized as one of the most sacred sites to Jewish people and is a favourite pilgrimage spot. It is commonly believed to have been built by Herod the Great, although the project was not finished during his lifetime. Visitors have been known to stuff papers, containing their prayers, into cracks the have developed in the structure. Conflicts between Muslims and Jews occurred frequently at the Western Wall, with both groups laying claim to the fortification. The wall was also the site of a major zombie attack in the film World War Z.

Dome of the Rock

The Dome of the Rock is located next to the Western Wall, and no, it’s not a temple dedicated to wrestler-turned-actor Dwayne Johnson. It is one of the earliest examples of Islamic architecture and has a reputation of being one of the most recognizable sites in Jerusalem and Israel. The shrine’s centerpiece, the Foundation Stone, holds great significance for Jews, Christians, and Muslims. Also known as the Well of Souls, Jews believe it to be the link between Heaven and Earth and typically face it while praying.

Translated into English, Masada means “fortress” and it was the site of numerous clashes throughout history. It is thought to be the first site that Herod the Great fortified. Masada has become one of Israel’s most popular tourist attractions, seen by the citizens of Israel as a symbol of resistance and holding religious significance, as a result. Masada became a UNESCO World Heritage Site in 2001 and today, visitors can hike up one of two trails (the Snake Trail and the Roman Ramp) or simply ride a cable car to the peak. There’s also an audio-visual lightshow presented each night.

Church of the Holy Sepulchre

Located within the Christian quarter of Jerusalem’s Old City, this is the spot where Jesus was said to have been crucified, as well as where he was thought to have been buried. Therefore, it is also where Jesus’ resurrection would have occurred. All of these assumptions make the Church of the Holy Sepulchre a popular pilgrimage site for Christians. Among the church’s treasures are the Stone of Anointing, the Rock of Cavalry, the Aedicule, the Cross of Golgotha, the Prison of Christ, and the Altar of the Crucifiction. 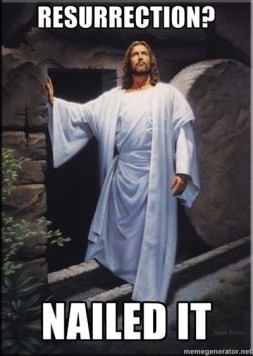 Israel’s largest freshwater lake is said to be the sight of many of Jesus’ miracles, including walking on water, calming the storm, the boatload of fish, and feeding 5,000 people. The Sea of Galilee is also where Jesus recruited at least four of his disciples (Saint Peter, Saint Andrew, John the Apostle, and Saint James the Great) and conducted his Sermon on the Mount. Tourism along the shores today is largely made up of Christian pilgrims, who can walk along the 40-mile ‘Jesus Trail,’ which was opened by the Israeli government in 2011.

One of the world’s saltiest bodies of water, the Dead Sea gets its name because animals and other life forms can’t thrive in the area. The Dead Sea Scrolls, made up of 981 religious texts were discovered here in the late 1940’s and early 1950’s. Israelites were said to have lived in caves near the Dead Sea during biblical times and King David used the Dead Sea for sanctuary. Herod the Great turned the Dead Sea into one of the world’s first health resorts and to this day, the sea’s water is used for a number of different therapies, including psoriasis (skin disorder), rhinosinusitis (nasal condition), and osteoarthritis (knee ailment). 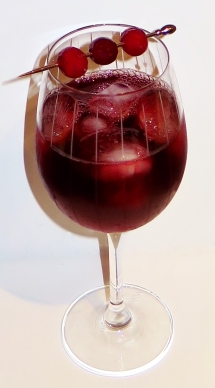 Other popular attractions include Yad Vashem (Israel’s official memorial for Holocaust victims), The Grave of Rabbi Shimon bar Yochai, and the Hanging Gardens of Haifa, along with all those museums located around the country. I’ve never really been too hot on the prospect of travelling to Israel and while writing this article didn’t convert me, it does give me pause to think about the possibility.

Sip Advisor Bar Notes (4.5 Sips out of 5):
This cocktail looked like a neat one to try and I suppose the name also goes well with the subject matter of this article given all the blood that has been spilled in the name of religion in and around Israel. This drink was really good… I’m talking great even. That Cranberry-Lemonade mix I’ve been using the last few months is a real gem. Most interesting about the wines from Israel is that many of them are kept kosher and can only be handled by observant Jews, while not including certain ingredients.