While Attila the Hun’s empire stretched across much of what is now Europe, he is greatly associated with the people of Hungary, thanks to the Hungarian Royal Court laying claim to him as their own ancestor. Let’s take a look at this brutal legend and sort the fact from the fiction:

Attila wasn’t a big dude (perhaps for his time he was), despite how he’s depicted in modern media as a hulking brute. His tale of the tape stated that Attila was only 5’6” and 145 lbs. When Rugila (king of the Huns) died, he left the Hunnic Empire to his nephews, Attila and Breda. Eventually, Attila tired of sharing the kingdom with his brother and had him killed. Attila ruled from 434 AD to 453 AD and was a terror to both the Eastern and Western Roman Empire. 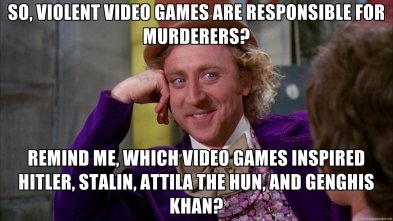 Nobody knows exactly what Attila the Hun looked like, although he’s often depicted in his leather armor and with rough facial features and disheveled hair. Scholars debate over whether Attila would have had European features (like a Viking) or Asian characteristics (like a Mongolian). Although viewed and depicted as a cruel and ruthless leader, Attila was said to also possess great diplomatic skills.

Attila picked up a number of not-so-kind nicknames and credits during his lifetime and centuries later, as historians examined his reign of terror. He was known as the ‘Scourge of God,’ but that’s a title he actually gave himself. The History Channels ‘Ancients Behaving Badly’ named Attila ‘history’s first great terrorist’ and ranked him as history’s greatest psychopath. Count Dracula (in Bram Stoker’s Dracula) went so far to claim to be a descendant of the warrior, perhaps explaining his own bloodlust.

Despite his status as a legendary conqueror and barbarian, Attila died of a common nosebleed, choking on the blood. Researchers have thought that other factors contributed to his demise, such as alcoholism, which caused a rupture in his esophagus and death from internal bleeding. Attila’s death occurred on the same day as his marriage to the princess, Ildico, and therefore, poisoning has often been speculated as a cause of death. 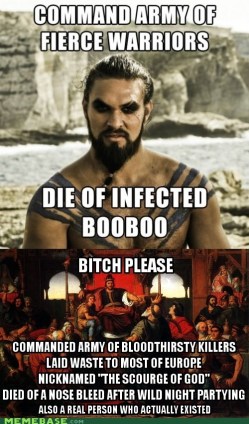 Attila’s burial was shrouded in secrecy, with all those who witnessed the interment being executed. He may have been buried under part of the Tisza River (with the waters temporarily diverted) in a tomb of gold, silver, and iron. Although Attila was succeeded by his son, Ellac, his other children began fighting over Hun territory and the empire was divided, causing the Hun legacy to dissipate.

There have been TV mini-series and movies based off Attila and he has made appearances or been referenced in many other projects. In the Night at the Museum movies, he is portrayed as being simply misunderstood and in need of help. In an episode of Married with Children, he lines up on the devil’s football team to battle Al Bundy, with Bundy’s chance to return to earth up for grabs.

Attila has been used in many other forms of media, including as an occasional adversary to Hagar the Horrible in comics; as part of a planned, but never completed opera by Beethoven; as a hero and villain in various video games; and as a political euphemism, to describe an extreme conservative. McFarlane Toys even released an action figure of the iconic thug, as part of the series, ‘McFarlane’s Monsters III: 6 Faces of Madness.’ 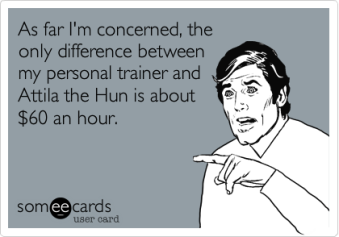 On Spike TV’s ‘Deadliest Warrior,’ a show which takes historical figures and armies and matches them against each other to see who would win based on weaponry and battle tactics, Attila was matched up against Alexander the Great and defeated the legendary ruler. Attila’s weapons consisted of the Sword of Mars, the Lasso, the Hunnic Bow, and the Scythian Axe and his combat skills while riding horseback are thought to have largely secured the victory.

The oddest tribute came from Calypso musician Raymond Quevedo, who for whatever reason, chose to adopt the Attila the Hun moniker for his recording career. Instead of massacring tribes across Europe, Quevedo turned his artistry into entering the political realm in his home of Trinidad and Tobago. The real Attila the Hun and his exploits were even turned into a pinball machine, released in 1984… I love me some mass-murderer gaming action.

Hungary: Breakfast at the Bar 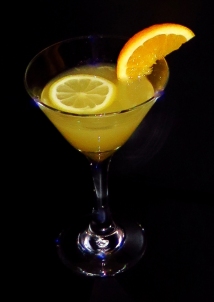 The Sip Advisor has yet to travel to Hungary, but in Budapest alone, there are 10 different streets named after Attila. This proves that all you need to do is be a total dick during your life and you’ll be remembered and honoured forever!

Sip Advisor Bar Notes (4.5 Sips out of 5):
This was a very good cocktail, offering my first chance to use Marmalade in a drink. It added a unique tangy orange flavour that was very much welcomed. I used a Lemon Slice, as well as an Orange Wedge to add some extra flavour, as well as presentation to the recipe.