I remember when I was just a little sipper and the annual Christmas catalogues would arrive. It was always fun to flip through this massive book, skipping through the housewares and appliances sections until you landed on the Holy Grail… the toy section. Well, catalogues are out and the internet is in. Toys ‘R’ Us has put together a list of 15 of the most popular toys for Christmas 2013… and I’ve put together a list of my opinions on them!

Oh sweet Jesus, we thank you for having been born on this day, so that I might get blitzed and ride on this Crazy Cart with my little buddy, Furious B! This thing looks absolutely amazing. Even the kid riding it knows it’s pretty awesome. What a way for kids to finally get some fresh air. Granted, they won’t really be exercising and you know in due time the Crazy Cart will be banned be some parent advisory committee. Enjoy the ride while it lasts! 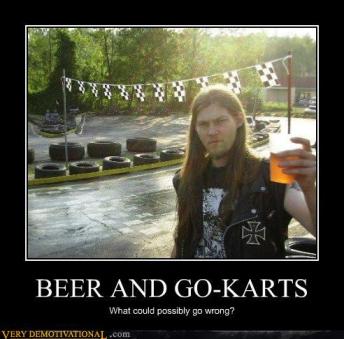 So, basically we’ll be teaching girls at the earliest of ages to waste everyone’s time as they spend countless hours putting on make-up. This will spawn a whole new generation of frustrated men, pleading with their daughter/sister/girlfriend/wife to wrap things up because they’re already late. I certainly won’t be picking up an item like this for my future little sippers, as Mrs. Sip is bad enough and any progeny she passes her DNA down to will certainly have a built-in lateness gene.

How does this character keep getting work!? I long for the day when we hear about Elmo living on the streets, his fortune spent and life ruined. Even after his handler was booted from Sesame Street amid sex allegations, Elmo is still flying high… that stupid coked out Muppet. How can anyone respect a being that’s been three-and-a-half years old since the 1970’s!? The little monster is clearly lying about its age and sending a bad message to youngsters everywhere.

I’m so thankful that people still play with Lego. I loved this stuff growing up and spent countless hours building and imagining. I can’t wait for the day when my little sippers are old enough not to choke on the little hazards (all evidence says they’ll have to be 18+… although they’ll hopefully be more intelligent than dear old dad) and I’m able to buy them Lego sets. They might not care much for them, but I’ll at least be able to play with Lego again and have it be somewhat justifiable. 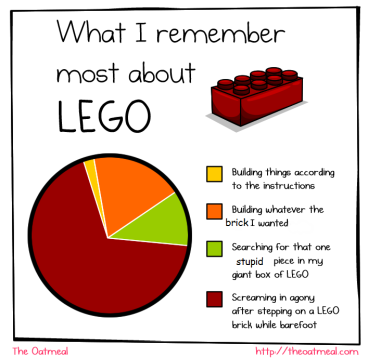 Well, it was bound to happen that kids would have their own tablet-like devices… I’m only surprised it took so long. And maybe it didn’t. Don’t know, don’t care. Where was I? My drinker’s brain is acting up again. Anyhoo, now your child can be as neglectful and distracted as some parents are. And then they can participate in distracted tricycling… that is, if they ever leave the house and do any physical activity… hand exercise playing video games doesn’t count. 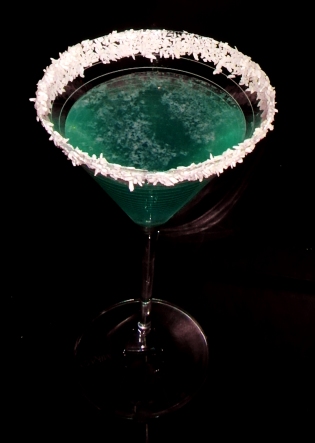 Which top toys for 2013 have caught your eye? Do you have a story from your own catalogue hunting days? Perhaps you just want to track me down and throw a Big Hugs Elmo at me to release your pent-up anger. It’s all cool… just leave a message after the beep!

Sip Advisor Bar Notes (4 Sips out of 5):
This drink looks cool with the Coconut Shavings acting as ice and tastes great. Despite my apprehension towards the Candy Cane Vodka, everything came together really well. Peppermint plays nicely with the Curacao, Cranberry Juice, and Lemon and makes for a very unique cocktail.