There are some legendary roles that have been passed up by actors and actresses for various reasons. That probably made some of these folks pretty bitter… let’s take a look!:

The Magnum P.I. star and his moustache were slated to play the role of archeologist Indiana Jones, but Selleck wasn’t allowed to vacate his TV role long enough to film the movie. The role went to Harrison Ford instead and three sequels followed. Selleck has done okay since, but lost out on playing such a treasured character. At least Selleck didn’t have to suffer through the backlash The Kingdom of the Crystal Skull received. 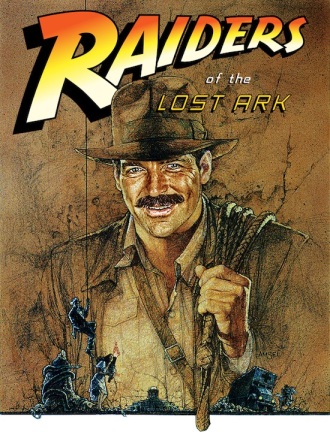 The 1980’s icon missed the boat on a couple big roles in 1990 including Vivian in Pretty Woman and Molly in Ghost, played by Julia Roberts and Demi Moore respectively. Instead, Ringwald was living and acting in France. When she returned stateside, she had parts in TV movies and series but hasn’t done anything of note since her heyday decades ago. Roberts and Moore on the other hand enjoyed strong careers after these movies.

Will Smith – Neo (The Matrix)

I am certainly not a fan of The Matrix trilogy of movies and apparently, neither was Smith. The Fresh Prince turned down the character of Neo, saying he found the script too hard to follow. Instead, Smith would go on to make Wild Wild West, a universally panned film, around the same time. Smith has also admitted that Keanu Reeves was perfect for the role, which I take to mean the character was always intended to be one-dimensional, monotone, and boring.

With all the uproar over the selection of Ben Affleck to play Batman, it’s interesting to note actors who previously passed on the iconic role. Gibson turned down the offer for Tim Burton’s 1989 film, believing the movie would be a flop… and this is all before his high-profile meltdown. Michael Keaton, of course, stepped up to the plate and knocked it out of the park before the franchise took a downswing with Val Kilmer and George Clooney behind the mask.

The former James Bond legend passed on the role of Gandalf, reasoning that he didn’t “get” fantasy (because, you know, the James Bond plots are super realistic) and instead went on to make The League of Extraordinary Gentlemen, a movie that involves superheroes and is based on comics. Yup, that seems much more grounded in reality. Connery was paid $17 million for his part in the League, but it also pushed him to retire from acting. Had he accepted the Gandalf role and the offered 15% of the box office, he could have made $400 million through the trilogy!

Denzel reportedly turned down the role later played by Brad Pitt, saying the movie was too dark. Apparently, he later regretted passing on the part, but he did alright for himself eventually, with an Oscar win for Training Day. Se7en launched Pitt into superstardom and also paired him with director David Fincher. Over the years, the two would also combine their efforts for Fight Club and The Curious Case of Benjamin Button.

Costner was huge in the early 90’s and his acceptance of the Andy Dufresne role would have helped him avoid the total bomb that became his Waterworld passion project. After Waterworld, it took quite some time for Costner to rid himself of the stench of failure (must have been some stinky water on that set) and some could argue he’s never fully recovered. Tim Robbins took the Andy Dufresne part and went on to enjoy a renaissance of sorts.

I sincerely hope that every actor and actress whose career was launched by one of these roles originally turned down sends that person some kind of gift basket each year, thanking them for their poor judgment and decision making. Join us tomorrow for part two of this franchise!

Sip Advisor Bar Notes (1.5 Sips out of 5):
I knew going into this cocktail that I wasn’t going to like it very much. I find Campari’s bitterness to be too harsh and the Sweet Vermouth wasn’t able to bring it back to a tolerable level. I’m unclear as to why this has become such a classic cocktail. I guess there are enough people out there that prefer bitter drinks.