Inspiration can come in many forms. After all, Walt Disney conceived the idea for Disneyland while watching his daughters play at a Southern California playground and realizing that there weren’t many places that offered entertainment both kids and adults could enjoy together.

For a pseudo-bartender (I only play one on TV), original drink ideas can come from a wide array of avenues.

While perusing Facebook recently, a friend’s status recollected her enjoying a “Skinny Miami” while eating waffles on a hot summer day on her balcony (yes, it actually gets warm in Canada… we’re not all igloos and polar bears). Instinctively, I concluded that this must be some sort of cocktail I hadn’t heard of. After all, the comment thread was started by her kindly promoting this site (which everyone out there should be doing daily!). Being the Sip Advisor that I am, I inquired about the recipe and showcased my enthusiasm to try this new treat, hoping to share it with all of Sip Nation.

The response I received wasn’t exactly what I expected. As other mutual friends made jokes about my comment (as they were in the know) and even Mrs. Sip took a shot at me, saying we’d talk when she got home, the friend in question private messaged me, explaining that her version of a Skinny Miami, was in fact code for the thin guy from Miami she had dated last summer (okay, maybe what they were doing wasn’t exactly dating per se).

Let me tell you, my little sippers, there isn’t much that embarrasses this old dog anymore, but here I was, basically inquiring about drinking… a dude. Boy was my face red… well, more of an auburn-magenta combo. 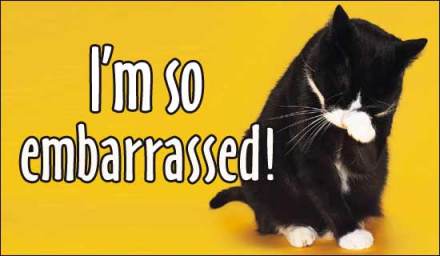 I guess, in the end, I wasn’t far off in my assumption that a Skinny Miami was a COCKtail. And the two can have similar effects: loss of inhibition, flushed appearance, short attention span, increased self-confidence, decreased anxiety, blurred vision and all that other good stuff.

On the plus side, this gaffe of mine provided the impetus to come up with a pretty cool drink recipe that was recently tried out and results have so far come back in the positive side of the ledger.

So, if you’re anything like me, don’t be afraid to make silly mistakes. Hell, most great inventions are stumbled upon accidentally. You never know when you’ll come up with your next great idea!

As you can see, this drink is served in a long skinny glass (at least six inches tall is preferable or so I’m told), and has a nice warm peachy colour (or flesh-like tone). And as for the white sugar around the rim… a reference to cocaine, clearly. After all, it’s Miami and I’m a huge Don Johnson fan!

Sip Advisor Bar Notes (4 Sips out of 5):
This drink actually came together pretty well. I liked how the Grenadine sank to the bottom and gave the cocktail a distinct split mixture look. The Sugar rim was also a nice visual touch, as were the Coconut Shavings at the top of the liquid.